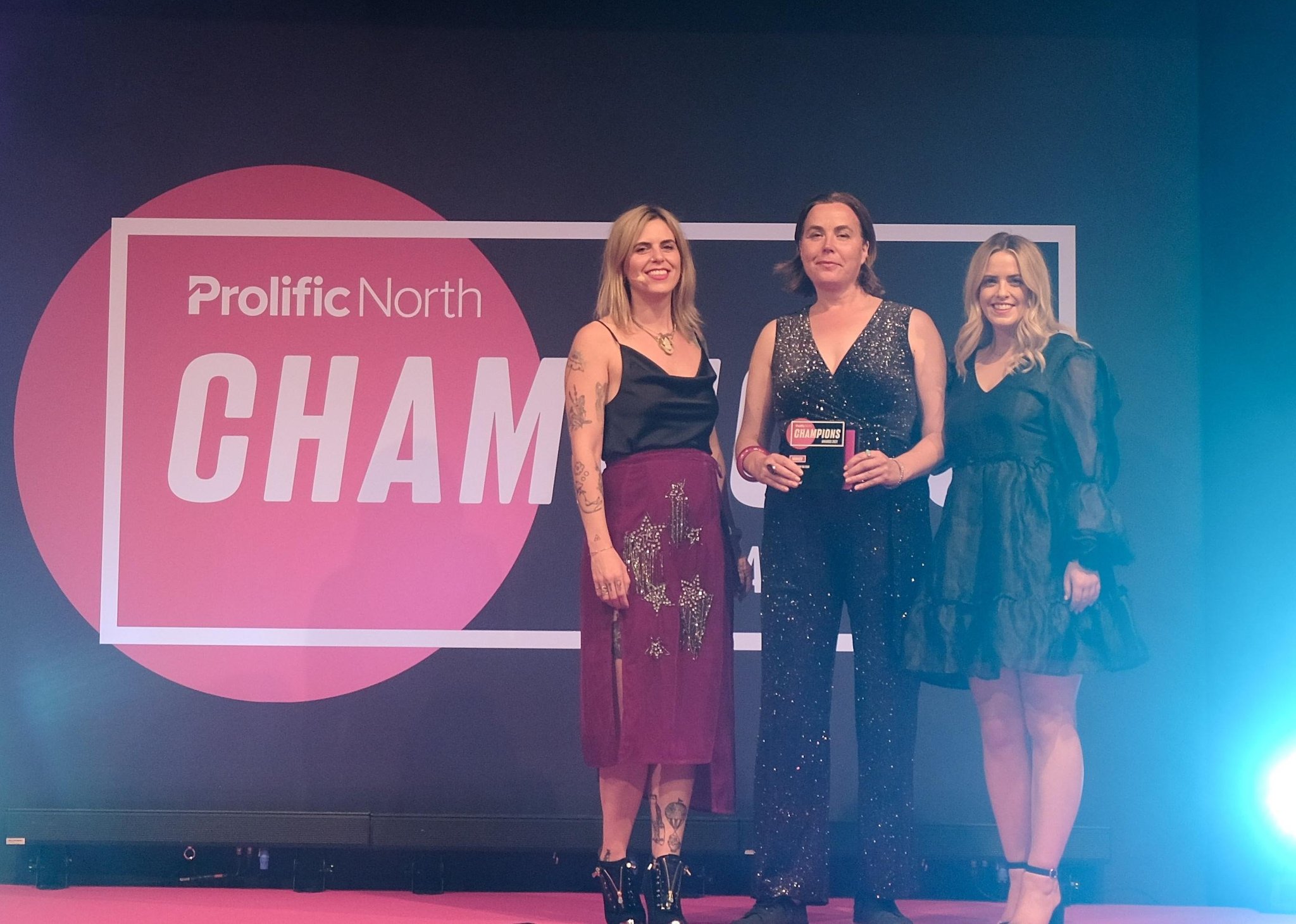 Harrogate social enterprise PR firm Cause UK was named the 2021 PR Agency of the Year at the Prolific North Awards. Pictured (L to R): Host Hattie Pearson, Managing Director of Cause UK Clair Challenor-Chadwick, and Laura Maguire, Customer Manager for YouGov, which sponsored the award.

Cause UK won the PR Agency of the Year award at the Prolific North Champions Awards, held in Manchester.

The awards recognize talent in the creative and digital sector and feature major national brands including Channel 4 and Immediate Media.

Alexandra Balazs, Operations Manager at Prolific North, said: â€œThis entry blew the judges away. The judges said Cause UK, which supports the arts, ethical businesses and social enterprises, is not doing things by halves and has done wonders. They do a commendable job and stood up for what matters. “

Founded in 2010, Cause UK was created by Clair Challenor-Chadwick, who was joined by her journalist sister Ann in 2011. In addition to specializing in representing good causes, the agency represents ethical businesses, including the technology for good.

Clair Challenor-Chadwick said: “This award is a fantastic validation from our peers and esteemed judges for all of our hard work and the passion we put into this work.”

She added, â€œWe really want to thank all of our customers, creative collaborators, friends and family for supporting us over the past 11 years. It has been particularly difficult in recent months for small businesses, so sharing the room with national brands was a real honor. “

Cause UK’s various clients include arts organizations such as the Ilkley Literature Festival and the Leeds Hospitals Charity. She has provided editorial and public relations services to Key Fund, a pioneering social investor in the North, for over a decade, and has represented numerous social enterprises. The team also promotes the Green Agenda, with clients such as Nidderdale Area of â€‹â€‹Outstanding Natural Beauty and the Pendle Hill Landscape Partnership.

During the pandemic, the majority of Cause UK customers have had to temporarily shut down or pivot to adapt.

Ms Challenor-Chadwick said: â€œWe have stepped into the work and supported our clients, including those who have grown closer to the grassroots in their communities. We have also won new business, including medical, science and innovation projects. In 2021, we succeeded in obtaining a cultural revival grant from the Arts Council, which helped us to continue our artistic offer. “

Its strength lies in creative, high-impact yet affordable PR campaigns, working with Cause UK creatives and associates across the North, including designers, editors, filmmakers and photographers.

Cause UK has started a social enterprise – the Veterans Craft Bakery at Catterick Garrison. Since 2010, they have raised Â£ 1million for good causes.

It also offers its own events and festivals, with Brian Blessed, Chris Packham, Steve Backshall and Ken Loach. The team have worked with Miriam Margolyes at their Malton Dickensian festival for many years. They will bring Miriam to the Royal Hall at 3 p.m. on October 17 for an event focused on her new memories, and welcome Martin Hughes-Games and Iolo Williams on a Wildlife Road Trip later in the evening.

Ann Chadwick, Director of Cause UK, said: â€œCovid has underlined the importance of a kinder, more equal and greener society. We aim to be agents of change and put heart and intelligence on the current agenda. Our work is proven to raise profiles, attract investment, increase footfall and ultimately increase revenue for our clients, proving that when done right, public relations are the most profitable and impactful marketing tool.

A recent major campaign has been the media launch of the revived Yorkshire Symphony Orchestra (YSO). The YSO has been reformed to support musicians in the North affected by the pandemic, with Skipton’s Ben Crick as the new conductor.

A media launch that used film, drone footage and photographs at Harewood House resulted in more than 130 articles in print. Blanket included The temperature, The telegraph of the day and a full page function in the Guardian, with interviews on BBC Radio 4’s Broadcasting House, as well as extensive regional press and social media. The team also got Alan Bennett as YSO boss; Clair has been appointed special advisor to the orchestra.

Despite the economic challenges the pandemic has brought to small businesses, Cause UK has secured new clients such as Yeadon Town Hall, the Fairwork Foundation and Nosterfield Nature Reserve.