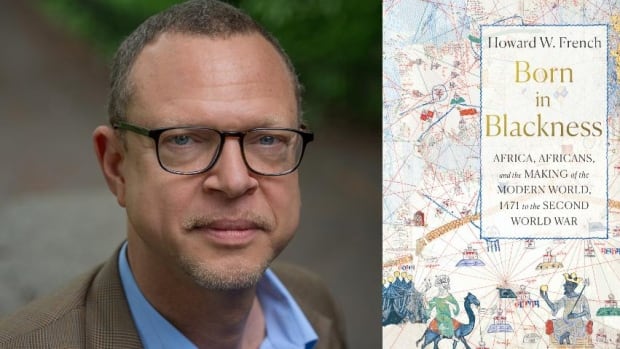 Erase Africa’s role in the rise of the West

“Every society, every civilization, looks for virtues within itself, in its own stories, to build myths about how they became great. And they don’t explain their greatness by how they exploited others .”

The “other peoples” in this case are the Africans – whose early independent achievements and horrifying forced labor are the unacknowledged basis of Western prosperity and progress, French argues.

The longtime foreign correspondent and writer on world affairs has undertaken extensive historical research for his latest book, Born in Blackness: Africa, Africans, and the Making of the Modern World, 1471 to the Second World War.

Foreign correspondent Howard French recently delivered a lecture based on the book, presented online by Carleton University’s School of Journalism and Communication. The event was hosted by Adrian Harewood, Carleton professor and CBC Ottawa news anchor.

Harewood described French’s book as “a bold, decidedly ambitious project [to] reframe our understanding of world history by placing Africa and Africans at the very center of modern world-building.”

Howard French began his interview with the Age of Discovery, reexamining the accepted notion that 15th-century Portuguese explorers and later Christopher Columbus journeyed west in search of Asia.

This is how Christopher Columbus is said to have “discovered” the Americas – an event traditionally seen as setting Western modernity in motion.

Yet French complicates this narrative by claiming that Abu Bakr II, Emperor of the Muslim Mali Empire, took boats carrying West African gold on a voyage in search of new lands on the other side. side of the Atlantic.

Documents associated with his successor show that Abu Bakr also believed the world was round. And that his large-scale but ill-fated expedition took place a century before those of the Portuguese and Christopher Columbus.

He argues that “the Portuguese obsession was, in fact, completely linked to the quest for discovery in Africa”.

After exploring the West African coast and setting up a lucrative trading post in what is now Ghana, it was Portugal’s wealth that inspired Christopher Columbus’ quest, says French.

French notes that this challenges the frequent Western implication “that Africans have never been actors of any importance or note in the history of the world: that they are fundamentally absent from history”.

Howard French points to an agricultural discovery by the Portuguese, on an equatorial island off central Africa, as leading to a central and horrifying development in building Western prosperity: slavery.

French says the island of São Tomé “has turned out ecologically, pretty much the perfect place to grow sugar. The only thing lacking is labor.”

Cultivating and harvesting this much-desired crop involved working with dense, pointed leaves, in harsh tropical conditions, which led Europeans to impose this work on Africans.

On the basis of race, Africans were dehumanized as chattels and their loss of freedom imposed on their children. French argues that the term “plantation” is a euphemism that should be discarded in favor of a more accurate term: “prison industrial labor camp.”

“They work under quasi-military supervision. They are constantly punished by corporations in order to extract ever-increasing output. They are worked to death, not as a by-product, but as the real business plan of the planting.”

It was the export of this devastating “business plan” to the Caribbean and beyond, in the 16th and 17th centuries, by England, France and America, that built the prosperity of the West, says English.

Born in the dark documents the massive extent and impact of slavery, with “solid and financial estimates of the wealth derived from what kind of imperial activity by different nations,” the author explains.

The extent of this exploitation of Africans challenges traditional Western narratives of progress, which attribute success to other sources, such as exploration and ingenuity.

Asked by moderator Adrian Harewood why the history of Africa’s central role in building Western modernity has been erased, Howard French replies:

“It is of such a monstrous dimension, that it took the people who founded these myths, and who made long careers across decades and centuries of weaving fantasies, building literature, making Hollywood based on these myths, [that] it requires deletion.”

**Special thanks to the School of Journalism and Communication at Carleton University for this conference. This episode was produced by Lisa Godfrey.