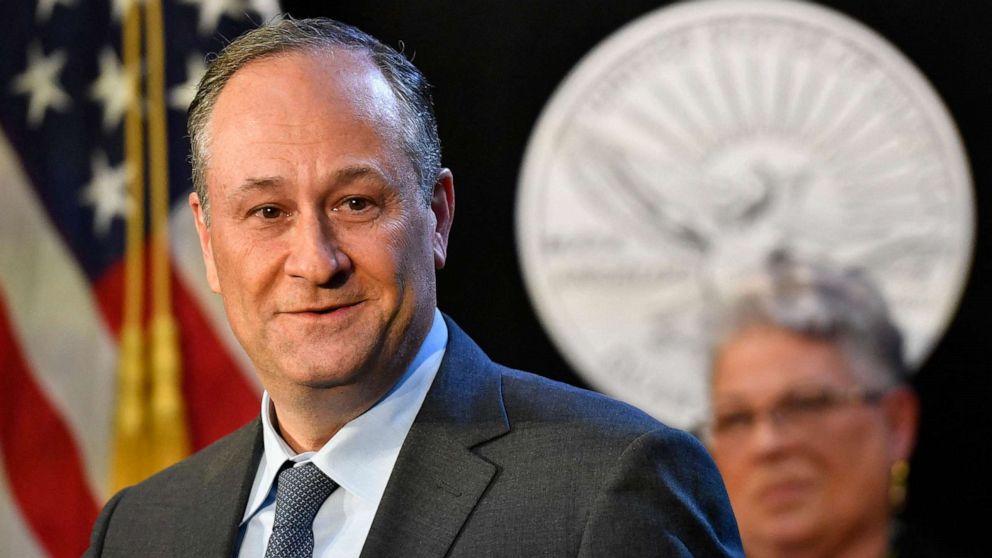 Second Gentleman Doug Emhoff called attention to the “epidemic” of anti-Semitism and reflected on the history he made while speaking at a virtual American Jewish military history event on Tuesday.

“This role has allowed me to use this microphone to speak out and speak out on issues that are important not just to us Jews, but to all of us, everywhere,” said Emhoff, an attorney. specializing in entertainment and the first Jewish spouse of a president or vice president, declared the last day of American Jewish Heritage Month honoring the achievements and history of Jews in the United States.

“And as the vice president said so eloquently in Buffalo the other day: this is an epidemic of hate,” Emhoff said, referring to his wife Kamala Harris’ trip to New York at the following the shooting deaths of 10 people in a supermarket in a predominantly Black Quarter neighborhood earlier in May. The alleged shooter’s writings included both anti-Black and anti-Jewish material; separately, advocacy groups say anti-Semitic incidents peaked in 2021.

“It’s a hate epidemic that includes not just anti-Semitism but all forms of hate,” Emhoff said Tuesday. “And we as Jews, and we as Americans, we all have to stand up and speak.”

Emhoff also spoke more personally, saying the reaction to his identity as the second Jewish gentleman surprised him. Although his faith has always been a big issue for him, “I didn’t expect my Jewish faith to be so important in this role,” he said.

“I’ve been to schools to make matzah [flatbread eaten on the Jewish holiday of Passover]I’ve spoken to my 85-year-old dad’s friends who, you know, chat with him and they’ll tell him how much I mean to them,” he continued.

Although its importance to others surprised him, he took it seriously, he said: “It has nothing to do with a political party or anything like that. It’s just seeing me in this role, it engendered feelings in people that they didn’t even know they had…it really pushes me to do the best I can.”

“To be able to live openly and happily as an American Jew, like I always have, but to do it publicly, has really had an impact on people,” he said.

Emhoff has participated in public and private Jewish events in his capacity as a second gentleman, which, like the role of first lady, includes a number of ceremonial duties and the advocacy of certain causes. He helped light the national menorah for Hanukkah last December near the White House. In his remarks on Tuesday, he returned to other appearances.

“Whether hanging the first mezuzah [a box containing a scroll with some scripture] at the residence of the vice-president, having the first contact in person [Passover] Seder there…light a menorah at the residence…and show up, show everybody what we do, like we always have, but just for the American people and the world to see, that’s really, really amazing,” Emhoff said.

President Joe Biden celebrated American Jewish Heritage Month with a proclamation in late April, where he highlighted the contributions of American Jews to building the United States and to public life.

“America’s history was written, in part, by American Jews who, through their words and actions, embraced the opportunity and responsibility of citizenship knowing full well that democracy is not born, nor maintained, by accident,” Biden said.

He also denounced the increase in anti-Semitism: “As the scourge of white supremacy and anti-Semitic violence increases, my administration remains determined to ensure that hatred has no refuge.”