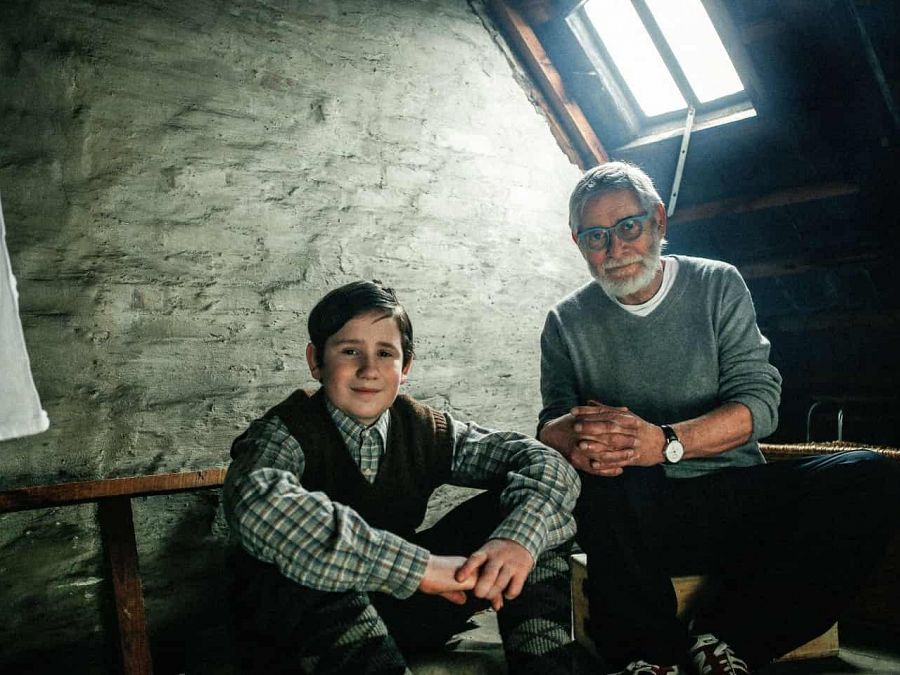 The United States and the CIA have a long history of conducting unethical experiments on people without their consent, writes Dr. Binoy Kampmark.

IT HAS BECOME common to read gruesome stories of child abuse in institutions that are supposed to be set up to care for the vulnerable. Orphanages, homes, religious orders tended to feature, along with their assortments of countless sadists and pederasts. But in December, another institution made waves for its alleged role in child abuse.

A Danish radio documentary series, The search for myselfdid not hesitate to claim against the Central Intelligence Agency (CIA) of the United States that it had financially assisted experiments on 311 Danish children in the early 1960s. Many of them were orphans or adopted.

One such victim was documentary filmmaker Per Wennick, who claims he was tested without knowing their background in the basement of the Copenhagen City Hospital. These were meant to be designed to investigate the links between heredity and environmental factors in the engendering of schizophrenia, work inspired by psychologist Sarnoff A. Mednick.

Children of schizophrenic mothers were of particular interest in the experiment in question. Of the 311 children in question, 207 had such mothers, while the others, who constituted the control group, did not.

Wennick belonged to the latter group.

As with previous experiences of this kind, Wennick received superficial seductions without information. It wasn’t difficult: he was 11 years old, having grown up in the Godthåb orphanage with, he joked, God and flogging.

He had been promised something exciting at the municipal hospital. For the fun of it all, he would also receive 16 crowns. He sat in a chair, had earphones placed on him and was subjected to statements, shouts and noises intended to frighten. Electrodes were placed on his body, his heart rate, body temperature and sweat level were measured.

The interest of US authorities was piqued given the attractiveness of Denmark’s central population register, which the United States lacked. The registry allowed individuals to be tracked throughout their lives and led to a long collaboration between Mednick and the Danish professor based at the Municipal University. Hospital, Fini Schulsinger.

The latter would use the project extensively in his 1977 doctoral thesis. Unusually, Schulsinger’s thesis was not the subject of the usual public defense, the Ministry of Justice authorizing it to be held behind closed doors.

The reasons were both dishonest and dishonourable: to preserve the anonymity of the children used and to ensure that they did not know why they were being used as participants.

So far, Schulsinger’s contributions as founder and director of the Psykologisk Institut at this hospital have been acknowledged with some admiration, with one author claiming he ‘has made important contributions to the understanding of nature-acquired problems within psychiatry’. This obviously did not include the field of medical ethics.

The program Wennick participated in was almost certainly a violation of the 1947 Nuremberg Code, which states that:

“The voluntary consent of the human subject is absolutely essential.”

Consent can only be obtained ethically if the person has the legal capacity to do so, exercises free choice and has ‘sufficient knowledge and understanding of the elements of the subject matter to enable them to make an informed and well-informed decision’.

Disturbingly for Wennick, he remained a subject of interest for decades. In 1974 he participated in what he thought was the last trial but received no response on what kind of research was being carried out. A decade later, seeking treatment for a skin condition in hospital, he found he was the focus of psychologists whenever he used the healthcare system.

“I think it’s a violation of my human rights as a citizen of this society.”

A major source of funding for the city hospital project, provided under the auspices of US health care, was the Human Ecology Fund, a CIA front overseen by neurologist Harold Wolff of Cornell University Medical School.

The Fund, which provided the Danish program with some $21,000, has proven to be a vital source of funding research projects aimed at better informing the agency about the use of torture and interrogation techniques.

Caught off guard by this gross revelation, Alan Howard and Robert Scott, unwitting recipients of a CIA grant, could only regret the circumstances and suggest that their work had been noble, even if the funding source had not. summer.

“All of our contributions to the health and wellness literature have been written for the purpose of alleviating human suffering, not using it for hegemonic advantage.”

Academics and researchers can be such blithely ignorant creatures.

It has been a delightful revelation in the human rights propaganda wars fueled by the Biden administration in its battles against authoritarian demons and abusive bogeymen. The Chinese Foreign Ministry was happy to turn the tables on such a hoax, relying on the CIA-Danish project.

In January, Foreign Ministry spokesman Zhao Lijian remarked that the United States apologized and offered compensation to the victims of these “secret experiments”.

Such compensation would result in a heavy bill for the US Treasury. For decades, unethical and illegal experiments have been carried out by US authorities on unsuspecting citizens.

In 1932, the Tuskegee Institute, in conjunction with the United States Public Health Service, began work on the natural history of syphilis that would go a long way to fostering continued distrust of public health authorities and their intentions. despicable. The Tuskegee Study of Untreated Syphilis in Black Men began with 600 black men, 399 with syphilis, 201 without.

Informed consent was not requested, as the men were told they were being treated for “bad blood”. Incentives were offered to participants: free meals, funeral insurance, free medical examinations.

It took four decades before an advisory group established by the assistant secretary for health and scientific affairs discovered, with little trace of outrage, that the study had been “ethically unjustified”giving results “Disproportionately meager compared to the known risks to the human subjects involved”.

Wishing to be a true international citizen in the matter, the American empire undertook to extend these experiments beyond its coasts. In 1946, the US government was involved in medical trials affecting at least 5,128 unwilling and uninformed Guatemalans, including children, orphans, child and adult prostitutes, leprosy patients, prisoners, soldiers , the mentally ill and Guatemalan Indians.

Of these, some 1,308 were infected with syphilis, gonorrhea and chancroid. Others underwent serological tests.

“Researchers systematically and repeatedly raped deeply vulnerable individuals, some in the saddest and most desperate states, and severely aggravated their suffering.”

A subsequent report on the experiences of the Guatemalan government, “Accepting Evil: Medical Experiences from the United States to Guatemala” concluded that such acts constituted “a crime against humanity”. The US Presidential Commission on Bioethical Issues avoided such language in its two reports, but acknowledged that the experiments would be “impossible” to conduct within current ethical frameworks.

Washington’s response to the survivors of the CIA-funded program at the Copenhagen City Hospital is unlikely to be much more than a barely audible apology.

Wennick and his fellow victims of similar abuse would probably do better to focus their interest closer to home, targeting the connivance and complicity of Danish officials who allowed this sordid enterprise to continue in the first place.

Documentary filmmaker Per Wennick, who was one of 311 participants in mysterious CIA-funded trials, was never told the purpose behind the experiments when he was put through the tests at the age of 11 . https://t.co/zTRAbPHlMm

Dr Binoy Kampmark was a Cambridge Scholar and is an Australian freelance columnist and lecturer at RMIT University. You can follow Dr. Kampmark on Twitter @BKampmark.

A ‘Palestine First’ Scandal Hits the US Congress