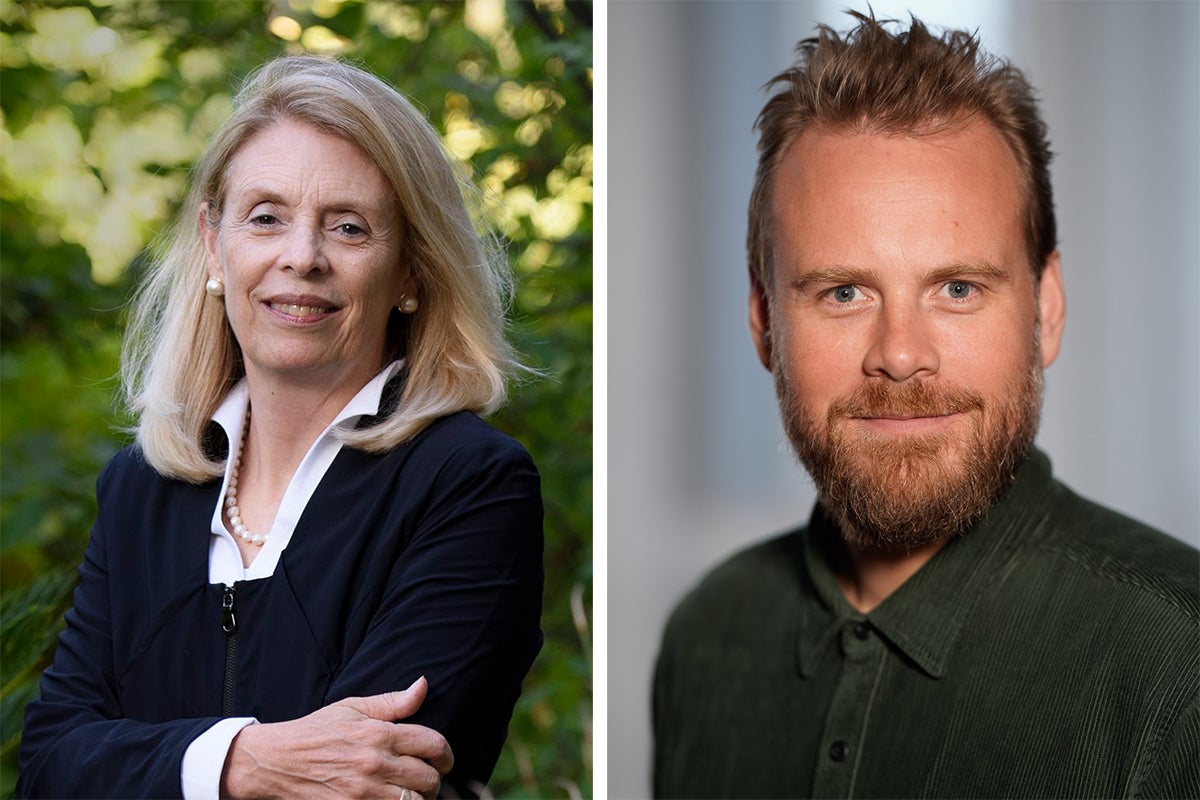 Diversity in the discipline of history

Diverse teams are often associated with rapid discovery, but few studies have examined whether and to what extent demographic diversity, such as an individual’s gender and race, leads to new ideas and knowledge. “These questions are part of a long-standing discussion in the research community about who creates the knowledge and what knowledge is produced,” said Londa Schiebinger, John L. Hinds Professor of History of Science at Stanford’s School of Humanities. and Sciences (H&S).

The latest work by Schiebinger and his colleagues in this area, published on January 19 in PLOS ONEused big data and computer modeling to map how women and men contributed to developments and breakthroughs in the field of history over time between the years 1950-2015.

Here, two of the paper’s nine co-authors, lead author Schiebinger, who is also director of the Gendered Innovations in Science, Health & Medicine, Engineering and Environment project at Stanford, and Mathias W. Nielsen, former Gendered Postdoctoral Fellow Innovations at Stanford, now Associate Professor of Sociology of Science at the University of Copenhagen, discuss the study and how increased gender diversity in research affects not only the scientists doing the work, but also the research which is performed.

What motivated this study and what is the broader context of this research?

Nielsen: A few years ago, Londa, Carter Walter Bloch of Aarhus University in Denmark and I conducted a literature review on gender diversity in science which identified three types of diversity: diversity in teams, diversity in methods and diversity in research questions. At that time, gender diversity was commonly used to refer to team composition. This motivated us to study changes in the demographics of scholars and research agendas in the field of history over time.

How is this research different from other diversity and discovery studies?

Nielsen: A few previous studies have examined associations between researcher demographics (such as gender and nationality) and research subjects (primarily in the social sciences and medical sciences) at any given time. Our study traces the evolution of gender diversity and research questions over time, allowing us to understand how the field of history has changed as women have entered the discipline.

Schiebinger: When newcomers enter an academic field, do they create new knowledge and open up new areas of research? … These are not questions we could answer using traditional historical methods. Funding from the Stanford Institute for Human-Centered Artificial Intelligence (HAI) enabled collaboration between historians and experts in natural language processing, including lead author Stephan Risi of the Massachusetts Institute of Technology; Lanu Kim and Emma Kerr, graduate students of the Stanford Graduate School of Education (GSE); Emer Brady from Aarhus University in Denmark; Daniel McFarland, professor in GSE; Dan Jurafsky, Jackson Eli Reynolds Professor of Humanities and Computer Science Professor; and James Zou, assistant professor of biomedical data science.

How did your team use big data and modeling to uncover how the field of history changed as women entered the discipline?

Schiebinger: The first step was to get the data, which took about a year. In the end, JSTOR generously helped us with the data we needed. We inferred the gender of the author using Social Security Administration data, computer algorithms, and manual labeling to identify the contribution of women and men to each topic. Note that this study uses gender inference as a way to analyze large-scale dynamics, not to determine an individual’s gender.

Nielsen: We used the text of doctoral theses in history published in the United States between 1980 and 2015 and articles of history published in American journals between 1950 and 2015 to identify and explore research questions that have occupied men and women. female historians. For the analysis, we used correlated topic modeling – a form of computer text analysis – to generate a long list of search topics and to identify the most prevalent topics in each post.

What did you find?

Schiebinger: In the field of history, men and women explored many of the same topics, including religion, colonialism, African history, and aspects of historiography. Yet there is a notable discrepancy. Men tended to focus on subjects related to political and intellectual history, military history, and the study of large-scale history (aka “Big History”). Female historians tended to write on topics related to gender, body history, consumption patterns, family and households, sexuality, the civil rights movement in the United States, and the cultural turn. Our analysis demonstrates that while women have pioneered topics such as gender and women’s history or the history of sexuality, these topics have expanded over time to become areas that historians, women and men, have widely adopted.

Figure from the study, titled Diversification of history: a large-scale analysis of shifts in scholar demographics and academic programs showing gender variations in research topics for selected journal articles published in the United States between 1950 and 2015.

What are some of the limitations, potential applications and future directions of this research?

Nielsen: There is a “chicken and egg problem”. Which came first, the opening of disciplines to new questions or the increasing participation of underrepresented groups in those disciplines? Presumably, the relationship is reciprocal, but the direction of causality is difficult to establish, even in large-scale, multi-year studies like ours.

Our study demonstrates a clear link between the demographics of scholars and the questions raised in historical research. Our findings suggest that increased diversity can broaden the repertoire of perspectives, values, and issues at play in academic fields. I hope to see a lot more research on this important question in the future.

Schiebinger: Our work has three ethical limitations and concerns. First, current naming algorithmic tools do not provide categories beyond the binary “woman” or “man”. Second, we found no satisfactory tool to classify the ethnicity of perpetrators. This resulted in our third limitation – we could not analyze how gender, ethnicity and other social categories might interact. We couldn’t see, for example, the distinctive contributions of black women, of which there are many, including the development of the concept of intersectionality itself.

Race and gender categories are currently undergoing massive conceptual shifts and this work has the potential to support social change and interventions. For example, the National Institutes of Health recently tasked the National Academies of Sciences with developing new gender categories for patient records, birth certificates, and more. This, in turn, will create new datasets for the kind of social analytics we demonstrated in our story analysis. Our ultimate goal is to work across social sciences, humanities and artificial intelligence to develop robust tools for intersectional approaches to gender, race and ethnicity in knowledge production.