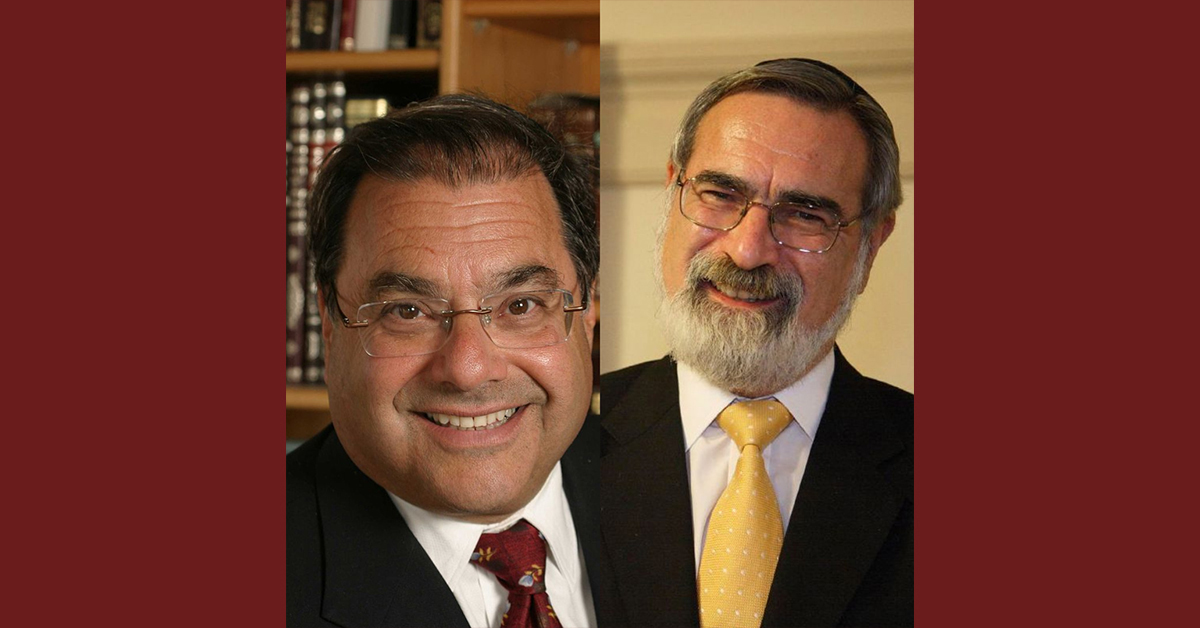 On Wednesday, April 13, the Zahava and Moshael Straus Center for Torah and Western Thought hosted Dr. Abraham Socher, Emeritus Professor of Jewish Studies and Religion at Oberlin College, Editor-in-Chief of Jewish book reviewand author of the recently published book Liberal and illiberal arts: essays (especially Jewish), in conversation with Straus Center Clinical Assistant Professor Rabbi Dr. Dov Lerner. The presentation was given as part of Rabbi Dr. Lerner’s “Thought of Rabbi Jonathan Sacks” course, which is offered at Yeshiva College in conjunction with the Straus Center. The two discussed the fiery exchange between Rabbi Sacks and Rabbi Shlomo Riskin, the latter having reviewed Sacks’ 2017 book, Not in the name of Godin the pages of Socher’s publication.

Rabbi Riskin, a prominent Zionist cleric and founder of the city of Efrat, accused Rabbi Sacks of seemingly embracing the Diaspora as an ideal and portraying powerlessness as a central tenet of Jewish aspiration. Rabbi Sacks vehemently defended his work, accusing Rabbi Riskin of misreading the proportions of Maimonides – to which Rabbi Riskin responded by reiterating claims that he felt Rabbi Sacks had failed to to counter.

“Abraham himself, the man revered by 2.4 billion Christians, 1.6 billion Muslims and 13 million Jews, ruled no empire, commanded no army, conquered no territory , performed no miracles and delivered no prophecies,” Rabbi Sacks wrote in Not with God Name.

Central to their debate was the role and character of the Jewish state – both embodied in the modern state of Israel and in any embodiment of Jewish political power. Rabbi Riskin censured Rabbi Sacks for portraying an “anemic Abraham,” and Rabbi Sacks suggested that Rabbi Riskin deliberately overlooked the toxic mix of religion and power.

“Why does Sacks feel compelled to describe such an anemic Abraham? Rabbi Riskin wrote. “Although Moses Maimonides once described the patriarch as a ‘weak’ philosophical preacher, it was precisely to emphasize the ultimate necessity of political action and power.”

During the semester, students came closer to the thought of Rabbi Sacks in the areas of theology, ethics, and political theory. Hearing Dr. Socher engage their instructor on issues that intersected with all three brought their studies to life in a way that promised to make the rest of the semester even more uplifting.