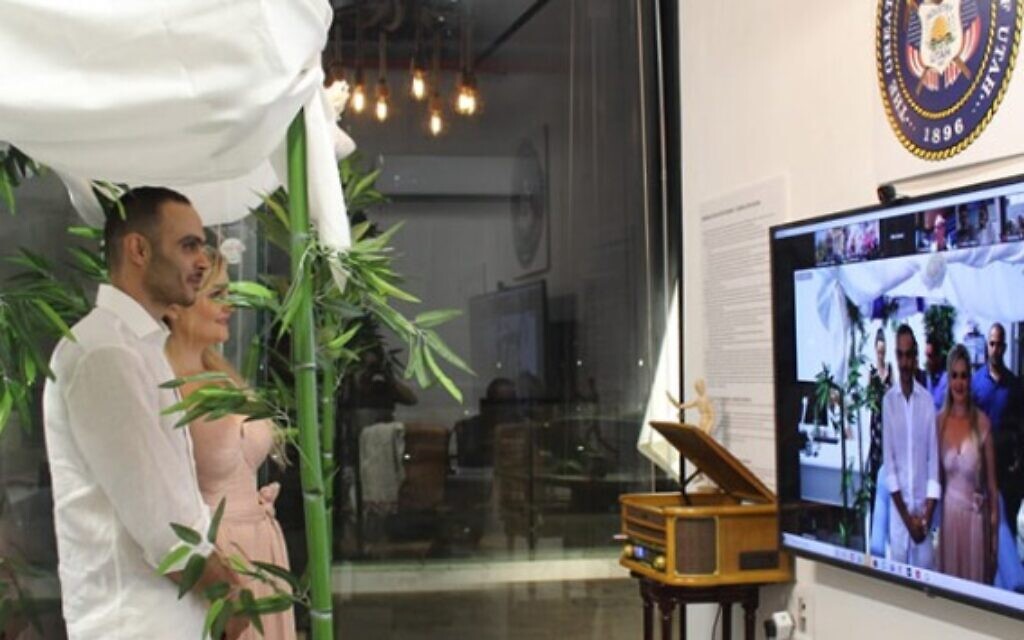 A ruling by the Lod District Court has upended the religious status quo in Israel and could herald a marriage revolution in the Jewish state.

In a decision released on Friday, Judge Efrat Fink ruled that the Home Office’s Population and Immigration Authority is required to register as married couples who got married through a marriage service civil online produced under the auspices of the US State of Utah.

The decision means that Israeli couples can now marry in civil ceremonies without leaving the country, granting a de facto victory to advocates of the decades-long struggle for civil marriage in Israel.

Orthodox political parties have long fought efforts to institute civil marriage in Israel, citing their religious objections to state sanctioning of interfaith marriages and other unions prohibited by Jewish law.

Friday’s decision in effect bypasses the political roadblock, making civil marriage available to all Israelis without having to travel outside the country. It quickly angered Orthodox politicians, who denounced it as “undermining” the Jewish character of the state.

Israeli law only allows marriage through Israel’s established religious institutions – for example, the rabbinate for Jews, Sharia courts for Muslims – which means that hundreds of thousands of Israeli citizens cannot marry in Israel due to various religious barriers.

Although couples have been able to marry in civil ceremonies abroad and have them registered with the Population Authority for nearly six decades, this process involves considerable expense and inconvenience.

An Israeli couple after a civil wedding in Cyprus. (Yossi Zamir/Flash90)

In December 2020, during the height of the COVID-19 pandemic, several Israeli couples married through an online marriage service provided by Utah County, Utah.

When these couples applied to the Population and Immigration Authority to register as married, their applications were approved, but the then Home Secretary Aryeh Deri, the leader of the ultra-Orthodox Shas party, later froze the process and ordered a legal review of the matter.

Other couples who had married through the Utah service then filed lawsuits against the Department of the Interior demanding that their marriages be approved as well.

The ministry released the legal opinion commissioned by Deri in June 2021, arguing that since the couples were in Israel at the time of their marriages, Israeli law applies to them and their marriages were therefore invalid.

By then Ayelet Shaked, a senior Yamina politician, had replaced Deri as interior minister, but she declined to intervene on the matter and did not express an opinion.

In its decision on Friday, the Lod District Court ruled that locating an online service is a very complex matter – beyond what a Population Authority clerk is authorized to deal with.

The court went further, ruling that the only relevant issue for Population Authority officials is the validity of the documents provided to them.

“When it became clear that the marriage certificate confirms that the applicants were married in a ceremony recognized by the State of Utah, and that the certificate was issued by an authority authorized to do so, the clerk should have been in charge of making the recording,” the judge wrote.

Although Israel has no provision on civil marriage, the Interior Ministry is required to register as married couples who married within the framework of civil services performed abroad since a decision of the Supreme Court on the issue in 1963.

In 2019, 9,950 couples who married overseas and at least one spouse was an Israeli citizen were registered as married by the Interior Ministry.

But traveling abroad to get married has become virtually impossible during the pandemic, leaving thousands without any indefinite wedding options.

In December 2019, Utah County launched its “remote wedding” ceremonies as part of its effort to streamline a series of administrative services for its residents.

Although Utah County officials never intended to make civil marriage easier for foreign couples, Burt Harvey, the director of the Utilities and Tax Administration Division of the Utah County Auditor Utah, said he was pleased that county services are helping those outside the state and indeed the country. Vlad Finkelshtein, an attorney who represented the couples in the lawsuit in Lod District Court, welcomed the ruling, describing it as a victory for human rights in Israel.

“The court made it clear that any couple with a valid marriage certificate accompanied by an apostille has the right to be registered as married, and the location of the couple within Israeli borders is irrelevant. for registration with the registration authority,” said Finkelshtein, whose organization WedinSea facilitates such marriages.

Rabbi Uri Regev, ddirector of the religious freedom organization Hiddush, also hailed the decision, describing it as “an opportunity for hundreds of thousands of Israeli couples who are either unable to marry in Israel due to the Orthodox rabbinate’s monopoly on the marriage of all Jews in Israel either who do not want to marry through the rabbinate for reasons of conscience.

Orthodox MK Shlomo Karhi of the Likud party denounced the court’s decision, saying it “erodes the Jewish and democratic character” of the state, and pledged to change the law to circumvent the decision.

MK Avi Maoz of the ultra-conservative Religious Zionist Party said it was “unthinkable that judges from the State of Israel would undermine the Jewish state and lead a silent revolution to transform the State of Israel into a a state of all its citizens. We’ll settle that soon, God willing.

Shaked and the Population and Immigration Authority did not immediately respond to requests for comment.

So now we have a request. Unlike other media, we don’t have a paywall in place. But since the journalism we do is expensive, we invite readers to whom The Times of Israel has become important to help support our work by joining The Times of Israel community.