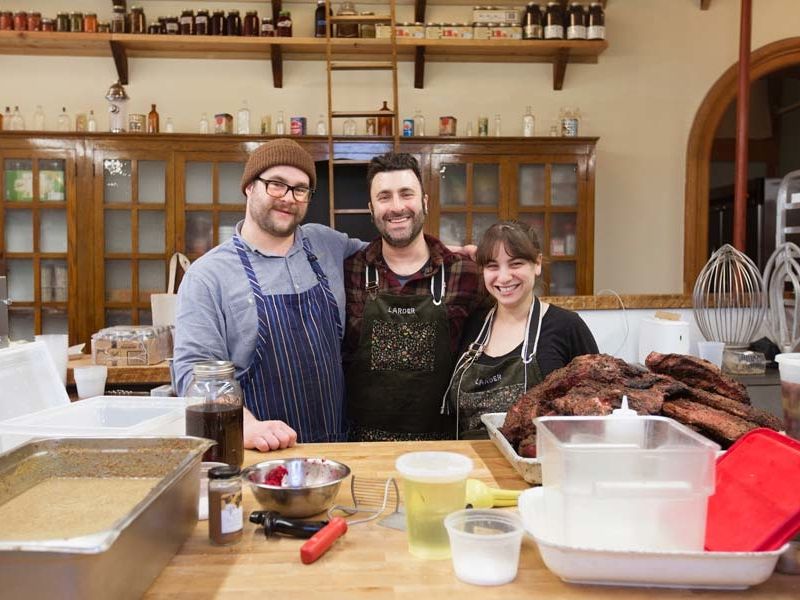 One of Cleveland’s most acclaimed restaurants is part of this Insider column on the rise of vegan Jewish delis.

One of the most innovative approaches comes from Larder, on the West Side of Cleveland.

Open the door to Larder, the Jewish delicatessen and bakery housed in a renovated mid-19th-century firehouse in Cleveland, and you’ll be greeted by the comforting aromas of challah, babka, knishes and, of course, pastrami on rye.

But chef Jeremy Umansky doesn’t stop at the classics. “We make sure there’s at least one vegan main course and then a whole host of other vegetarian and vegan dishes on a daily basis,” said 2020 James Beard Award nominee for Best Chef, Great Lakes. Depending on when you stop by, you might find a vegan deli sandwich, a knish, or a veggie deli.

Umansky puts its plant-based meats through the same process as animal-based ones. To make his vegan pastrami, he cures the mushrooms with salt and koji, a beneficial Japanese mold that gives them a smoky, salty taste with a meat-like texture. (Umansky is a koji connoisseur. In 2020, he co-wrote the book “Koji Alchemy: Rediscovering the Magic of Mold-Based Fermentation.”)

After the mushrooms are dried, Umansky says, he spices, smokes and steams them.

“Put mustard and kraut on the bread, and we’re good to go,” he told Insider.

This vegan pastrami sandwich, if you’ve never had it, is spectacular. (The beautiful picture in the Insider story doesn’t even do it justice.)