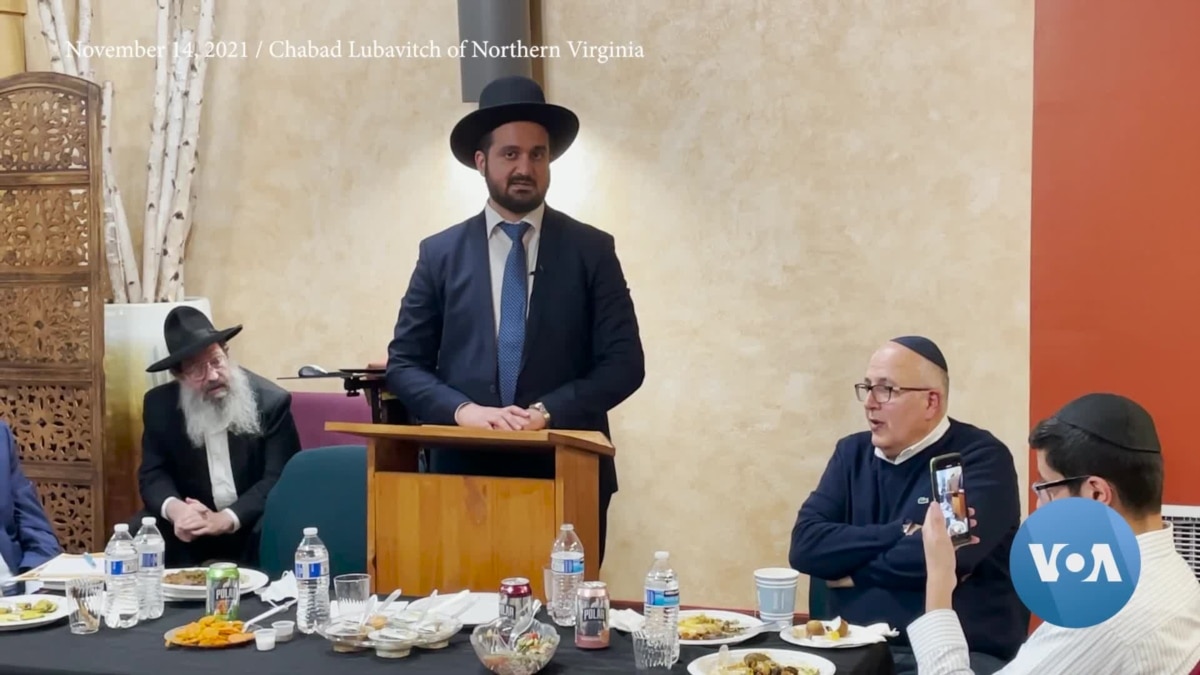 The challenges facing Iran’s small Jewish minority attracted increased attention from US media this month, as the Chief Rabbi of the Islamic Republic ended a five-week tour of American Jewish communities by making rare public remarks on the situation of his community.

Yehuda Gerami presented a mixed picture of Jewish life in Iran as he addressed American Jews at a synagogue in Fairfax, Va. On November 14, highlighting positive trends for the community as well as challenges. These remarks, and similar ones he made in an American magazine article published a few days earlier, aroused skepticism from some Iranian-American Jewish media commentators who noted that the Jews of Iran face more difficult problems than what Gerami described.

Gerami’s conference in Fairfax, organized by the Orthodox Jewish movement Chabad Lubavich, was the only public dialogue during his appearances in several Jewish communities on the west and east coasts of the United States. After answering participants’ questions and responding in Hebrew, he left the United States the next day to return to Tehran.

The Jews of Iran are among the smallest of its religious minorities. In his remarks, Gerami estimated the Jewish population at 20,000 and said his presence in Iran had lasted for 2,700 years. But a US State Department report released in May estimated only about 9,000 Jews in Iran, citing the Jewish Committee in Tehran. They live in a country of 85 million people, 99% of whom are Muslims, according to an American estimate.

Gerami said her community has made positive developments in recent years, such as persuading Iranian authorities to let Jewish schools close on Saturdays for the Sabbath, the Jewish day of rest, and renovating a Jewish ritual bath, or mikveh, in Tehran. .

“In addition, we now have around six kosher restaurants in Tehran, two in Shiraz and two in Isfahan, with a higher level of compliance with Jewish food laws than before,” Gerami said. “And we opened a Jewish seminary in Tehran where dozens of young people are learning to become rabbis and conduct ritual slaughter of animals. They then return to their cities to teach and spread holiness.

But Gerami said his community was also under financial pressures from high inflation and the weak Iranian economy that affected Iranians as a whole.

“No interest in politics”

When asked what he thought of Iranian Islamist leaders engaged in a low-intensity conflict with the Jewish state of Israel, where he studied as a youth, Gerami responded cautiously.

“We always keep in mind that we have no interest in politics. We are Jews who only want to learn the Torah, or the Bible, and do good deeds as a religious duty. But there are many times when it is not easy to be a Jewish leader in Iran, ”he said.

Some Iranian-American Jewish commentators told VOA they believed Gerami was under pressure from authoritarian Iranian leaders not to criticize them for fighting against Israel or discriminating against Jews. They said Gerami appeared to be trying to avoid provoking the Iranian authorities to take retaliatory action against him and members of his community.

In an example of the pressure Gerami faces, he explained to his audience why he paid a condolence visit to the home of senior Iranian military leader Qassem Soleimani days after the United States assassinated Soleimani during a Drone strike in Baghdad on January 3, 2020. The United States and Israel had called Soleimani a terrorist responsible for years of attacks on American and Israeli targets and accused him of further plotting.

“We felt sensitivity, not from the government but from [Iranian] people. People were talking about revenge … and we felt that there could be, God forbid, a danger to the lives of the Jews and the community. [in Iran]. So for this reason we had to go to [Soleimani’s] family and to be seen, and say that we do not agree with this [the Americans] done and that we weren’t satisfied, ”he said.

Months later, one of Iran’s holiest Jewish sites, the Tomb of Esther and Mordecai at Hamedan, suffered an apparently anti-Semitic arson. No lawsuits were reported for the May 14, 2020 incident, which caused minor damage to the site.

Judaism is one of the three minority religions that the Iranian Islamist constitution allows to practice in the country. The other two are Christianity and Zoroastrianism.

But Iranian Jews and other recognized minorities are prohibited by law from serving in the judiciary and security services. They also cannot hold authority over Muslims in the armed forces.

When Jews and other recognized minorities demand “blood money” as compensation for various crimes, Iranian law reduces the value of that blood price to half of what a Muslim is entitled to.

The Iranian legal system also threatens Jews with jail for visiting Israel, a country Iranian leaders have repeatedly said should be destroyed.

“It’s not just about their genocidal desire to ‘wipe out’ Israel, to quote Ayatollah Ali Khamenei himself, but also because they deny that the Holocaust ever happened. to organize Holocaust cartoon contests, if you can imagine something so despicable, ”said Cohanim, senior researcher at the Washington-based Center for Security Policy, who wrote about Gerami’s visit to the United States in News week.

She said a third reason Iran was a major sponsor of anti-Semitism was its continued funding and training of US-designated terrorist groups such as Hamas and the Palestinian Islamic Jihad in Gaza and Hezbollah in Lebanon, accused of carrying out attacks against Israelis and Jews. targets around the world in recent decades.

Iran had around 85,000 Jews at the time of its 1979 Islamic revolution, according to Iranica Encyclopedia. Most fled the pressures of the Islamist regime by emigrating in the decades that followed.

But thousands of Jews chose to stay. Most Iranian Muslims treat them well, said Karmel Melamed, an Iranian-American journalist who wrote an op-ed on Gerami for the American newspaper Jewish News Syndicate last week.

Melamed said most Jews in Iran feel secure enough financially to stay or are too poor and too old to believe that they would improve their lives by moving to another country.

But he said that choice comes at a price.