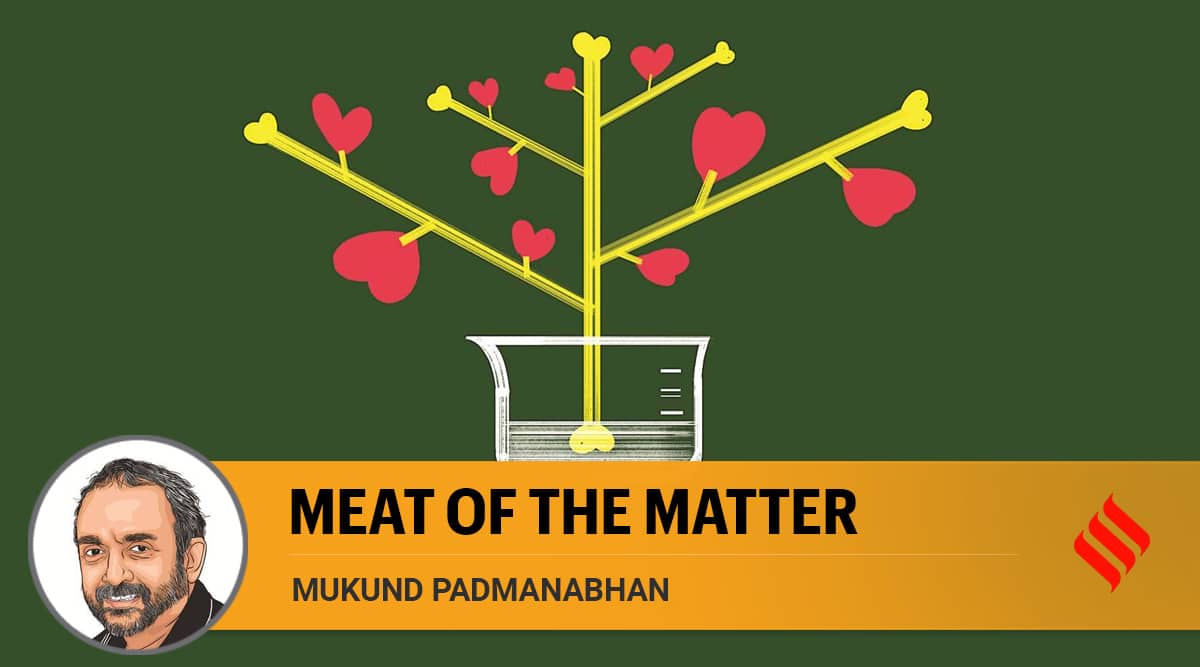 Can we ignore food ethics in a discussion of dietary diversity and politics?

I found myself reading my friend Peter Ronald deSouza’s essay (‘The minced mutton test‘, IE, September 15) with a mixture of warm appreciation and nagging concern. There is indeed, as he argues, a troubling link between food and fanaticism in India. He is right that our attitudes towards what we can and cannot eat have led to a “politics of otherness”. While there is much to be said to categorically condemn the violent beef vigilantes or to denounce the irrationality of specific food taboos, it is somewhat simplistic to craft a strong case for dietary diversity, let alone suggest, as he does, that is “a good clue of a tolerant society.”

The argument that we should be tolerant of what others eat often involves making a conceptual leap from “descriptive relativism” (the empirical reality that our morals and cultural practices are diverse) to “ethical relativism” (the theory, in its most extreme forms, that moral truths can only be known or determined in cultural contexts). One man’s meat, as the saying goes, is another man’s poison. So, isn’t it better to leave it there?

This type of relativism is generally well intentioned, based on notions of plurality and tolerance. Attempts at protest risk appearing narrow and illiberal. Taboo foods, after all, the main subject of deSouza’s stimulating review, tend to arouse deep-rooted cultural biases, to arouse feelings of disgust. Surely the goal is to overcome this?

Yes, of course that’s it. Social discrimination on the basis of food choices is unacceptable. Nonetheless, it’s important to remember that at the high table of true and deep food libertarianism, as opposed to one populated by dishes catering to moderate gastronomic adventurism, it is not enough to just sit (or share). things like pork. curries, beef fries or minced mutton dosas. It would also have to make do with other more “unusual” dishes, such as raw monkey brain, baby mouse infused rice wine, dogs of different breeds and sautéed tarantula. People who consume them have as much right to complain about food puritanism and otherness as your daily non-vegetarian desi.

Reading deSouza’s call for dietary diversity (which isn’t quite the same as food fusion, which he also celebrates), I realized what pestered me was his silence. deafening on one aspect of food ethics – is it fair to eat certain types of food at all? It’s time to make a disclosure here. Over the past year and a half, I’ve gone from an occasional non-vegetarian to a vegan. Almost Vegan is much more precise, as I have allowed myself, on occasion, to eat something with butter or ghee rather than risking offending a host and, much worse, biting a bite or two of a few. milk-infused burfis. Plus, as former US President Jimmy Carter admitted in a different context, I looked at non-vegetarian dishes with longing and love, or I was systematically disloyal in my mind.

What surprises me though, as a struggling and flawed vegan, is the way people react to veganism. Some believe it is a form of food puritanism, which it certainly is not. Others reject it due to a fleeting trend that has awakened, an attempt to be a food fashionista (as opposed to a deSouza-style “food fusionista”). While there are activists who have given veganism a bad name, very few appreciate that it can also be obtained through a deliberative philosophical inquiry into the ethics of food, its production. and its consumption. My so-called “conversion” happened while reading and re-reading Peter Singer, the brilliant (and controversial) Australian philosopher now based in Princeton, in preparation for a few bioethics lectures to college students.

The monstrous cruelties that accompany factory farming, which author Yuval Noah Harari has described as possibly the worst crime in history, need not be repeated here. But if you do not believe, as some religious texts have stated, that man was created in the image of God and that he was placed to rule over every other living being on earth, then at least it is worth It’s worth considering the vegan case, especially since we live in a world where human survival and food can be sustained without slaughtering animals on such a gigantic scale.

Vegetarians like to think that they are more human in their food choices, but they rarely consider what goes into making dairy products. This usually means a long and rapid succession of pregnancies for cows and buffaloes, their calves separated soon after birth and their milk diverted for human consumption. If the calf is a female, then it is reared for another succession of economically lucrative pregnancies. If it is a male, it is usually sent discreetly to the slaughterhouse.

The fact that the millions of people who revere cows in this country choose to ignore or not feel the way they are suffering from milk production reflects a larger truth. When it comes to thinking about how our food is produced, we would rather not know, or deal with our cognitive dissonances by removing what we know. Allowing yourself to think critically and candidly about food can require difficult dietary changes. It’s this kind of collective denial that translates into militant campaigns, and even books, devoted to climate change, not even referring to food. Our food system produces more greenhouse gases than most other sectors, including transportation, but we’re more comfortable talking about limiting the size of cars than reducing damage to cows or goats. . It also doesn’t matter that methane, ton for ton, has an impact about 30 times worse than carbon dioxide according to some estimates.

The question, of course, is not simply whether we stake our future on sushi or burgers. It seems fair to wonder if animals, especially those with sensitivity (which Singer defines in terms of the ability to feel pleasure and pain) and have some notion of continuity (basically, a sense of awareness over time) deserve moral consideration. . You might think not, but at the very least, a case must be established for it.

In an intellectual climate where prejudices on the basis of tribe, culture, nation, race, gender and sexual preferences have been rejected, Singer believes that we are still struggling to overcome ‘speciesism’, a prejudice in favor of one’s own species over that of others. He argues, and disturbingly, that just as racists violate equality by prioritizing the interests of their own race and sexists violate equality by favoring their own sex, so do speciesists abuse the interests of members of other species. “The model,” he says, “is identical in each case. “

Such veganism is not based on food puritanism. Nor is it based on taboo or irrational repulsion. For example, some vegans allow themselves to eat bivalves such as clams and mussels because they lack a brain and central nervous system. It is important to compare the philosophical literature on veganism to the narrow and disapproving attitude of many vegan activists, who rely only on moral messages, do not recognize their own imperfections, and take the backs of others through campaigns that appear hostile and disparaging.

Like Singer, I hope that the growth of plant-based alternatives to meat (which can become cheaper with increasing economies of scale) and advances in in vitro meat manufacturing (mostly laboratory-grown meat thanks to the painless harvesting of muscle tissue). This may be what it takes to relive the taste of minced mutton in the Delhi School of Economics canteen. Like my friend Peter deSouza, I also remember it very well.

This column first appeared in the printed edition on September 22, 2021 under the title “Meat of matter”. The writer teaches philosophy at the University of Krea and was editor-in-chief of The Hindu

Babul Supriyo in TMC: Politics of Opportunism. To hell with ideology | OPINION