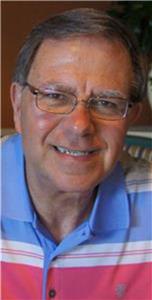 Bob Tamasy: Doing well in the age of demanding rights

These days, perhaps more than ever, we hear about “my rights”. During my life, there have been important movements to guarantee rights of all kinds. And today, protests and debates continue, sometimes civil and sometimes not. But amidst all these claims for rights, the simple act of “doing the right thing” is not greeted with the same degree of enthusiasm. And that’s a shame.

It was the great civil rights leader, the Reverend Martin Luther King Jr., who said, “There is always time to do what is right. To put it in a slightly different way, there is no wrong time to do the right thing.

Years ago, there was a lot of talk about “situational ethics,” especially in the business world. What is that? A dictionary defines it as “the doctrine of flexibility in the application of moral laws according to circumstances”. Another definition is “to take into account only the particular context of an act to evaluate it ethically, rather than to judge it only according to absolute moral standards”. Does it have a familiar ringtone?

Even though we don’t use the term as much, situational ethics seem to reign in many people’s minds. Doing what Dr. King advised is problematic, because who can say what is right – especially considering the “context” or circumstances?

This is not a new phenomenon. At the end of the Old Testament book of Judges we find this sad record: “At that time there was no king in Israel; all people did what seemed good to them in their own eyes” (Judges 21:25).

I wonder what would happen if the vast majority of people turned their attention away from “I want my rights!” to “Am I doing what is right?”

At his presidential inauguration in 1953, Dwight Eisenhower preceded his inaugural remarks by delivering a very personal yet public prayer. He understood these words: “Give us, we pray, the power to discern clearly right from wrong, and allow all our words and actions to be governed by this…”. Of course, this was in the days before notions of “separation of church and state” were enforced. Are we authorized today to ask God “for the power to discern clearly between good and evil”?

To some this seems like a very old-fashioned concept, but I think Dr. King was absolutely right: it’s always time to do the right thing.

In business, circumstances may indicate that it may be expedient or advantageous to hide or even distort the truth. But is it the right thing to do?

Walking into a convenience store, it might seem easy to grab a packet of chewing gum or a candy bar and walk away without paying for it. But even if you’re not caught, is it the right thing to do?

If while driving you receive an alert that a text message you’ve been waiting for has arrived, should you read and respond to it – as long as you try to be careful when steering the car? Or should you ignore your phone until you find a suitable place to stop? What is the right thing to do?

We could consider hundreds of similar situations, many of which are even more serious than those cited above. In another Old Testament book, Deuteronomy, Moses addressed the Israelites knowing that his time on earth was coming to an end as they expected to finally enter the Promised Land. He said:

A little later, Moses said: “You must not do like us here today, each as he sees fit” (Deuteronomy 12:8). Apparently, the Israelites had become deeply immersed in their own brand of situational ethics, alienating them from the God who had delivered them from slavery in Egypt.

We find one of the best examples of doing what is right, even when it meant denying personal rights, in Jesus’ parable of the Good Samaritan in Luke 10:25-37. In the story, a man traveling from Jerusalem to Jericho was attacked by robbers and left “half dead”. Two men – a Jewish priest and a Levite – were coming down the road later that day and had the opportunity to come to the man’s aid. Instead, each man moved to the other side of the road and acted like they hadn’t seen him.

Finally, a Samaritan—whose people were despised by the Jews—came by and “took pity on him.” The Samaritan might have reasoned, “Why should I help a Jew? They hate me. Plus, I have places to go and things to do! However, he chose to do the right thing – dress the wounded man’s wounds, pour oil and wine on them to ease his pain, and then take him to a nearby inn where he could recuperate. Not only that, but the Samaritan also promised to fully cover the man’s expenses.

As he finished this parable, Jesus asked the “expert in the law” who prompted the story, “Which of these three do you think was a neighbor of the man who fell into the hands of the thieves?” In other words, which of the men passing by chose to do what was right?

Yes, we all have rights. The Bill of Rights of the United States Constitution defines several of them. But in our troubled and increasingly self-absorbed world, wouldn’t it be a good thing to redirect our concerns to doing the things that are right?

Robert J. Tamasy is a veteran journalist, former newspaper editor and magazine editor. Bob has authored, co-authored and edited over 15 books. These include the recently released Marketplace Ambassadors; “Business at its Best: Timeless Proverbial Wisdom for Today’s Workplace”; “Tufting Legacies”, “The Heart of Mentoring” and “Pursuing Life with a Shepherd’s Heart”. A weekly business meditation he edits, “Monday Manna”, is translated into more than 20 languages ​​and emailed worldwide by CBMC International. His blog address is www.bobtamasy.blogspot.com. His email address is [email protected]