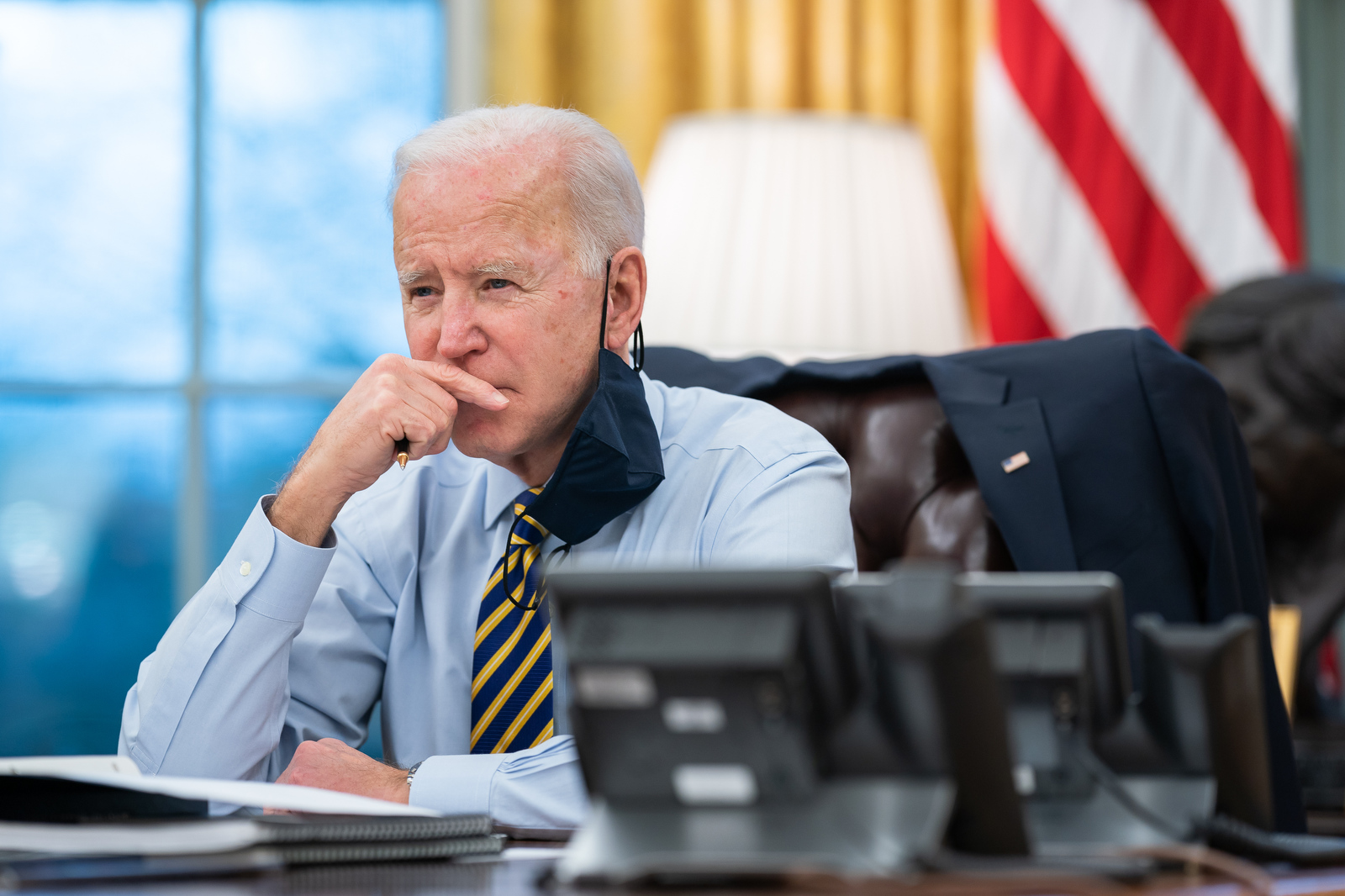 It will be a rare time for Jews to have the national and world stage, and we must use this opportunity wisely. The rally must go beyond awareness raising; this is our opportunity to demand that the Biden administration tackle and stop the mass anti-Semitism that is spreading rapidly and infects all areas of our lives – in our workplaces, schools, colleges, places of worship , social media, in retail and entertainment establishments, on the streets and even in vacation destinations. As is often said, anti-Semitism is the oldest and most tolerated form of racism in the world.

The Jewish community needs US President Joe Biden to bring anti-Semitism out of the shadows and gain public attention. Last May, Biden took an important first step in renouncing anti-Semitism nationwide. But it didn’t go far enough. His statement failed to recognize its pervasive and insidious nature. Blatant discrimination and intolerance against Jews has skyrocketed, and civil rights violations have been a problem for years at North American colleges. His statement did not recognize the rise in hatred until May 2021, following the conflict between Israel and Hamas in the Gaza Strip.

The role of the federal government is to protect our human and civil rights. I expect the Republican and Democratic parties to adhere to these principles. I expect Biden to take advantage of his leadership and not only speak out against the anti-Semitism of the right, but also of the left and the center. We need to hold the federal government accountable and demand action.

Our biggest challenge as a Jewish community is that anti-Semitism has evolved over the past decades. It looks and feels different. The 21st century reflects a new era of Jewish hatred that the government must recognize and crush clearly and directly. Classical and contemporary forms of anti-Semitism are not well understood and, therefore, unrecognized.

Last month at The hill, Kenneth Marcus, founder and president of the Louis D. Brandeis Center for Human Rights under the Law and former Assistant Secretary of Education for Civil Rights, called for a decree to combat anti-Semitism in the country and abroad. Everything it lists is important, including the assignment of senior administration officials to this effort to ensure interagency coordination, and that it “should include proactive enforcement initiatives to combat anti-Semitism on the Internet. university campuses and in public schools “. Of course, the Jewish community is still waiting for the president to fill the vacant ambassadorial post of the Special Envoy for Anti-Semitism.

Beyond what Marcus describes, I detail four actions the administration should take to ensure that the fight against anti-Semitism is effective.

First. A critical step is for the Biden to publicly recognize and build on the 2016 International Holocaust Remembrance Alliance (IHRA) working definition of anti-Semitism and the examples provided through its efforts related to anti-Semitism.

The United States, as a member of the IHRA, adopted this definition in the last year of the Obama administration, along with 30 other nations, many of which were directly involved in the Holocaust or were complicit in apathy. or denying the Jews refuge. While not legally binding, it sets the international standard for understanding what anti-Semitism is and provides institutions and organizations, such as government and educational agencies, with an indispensable official resource.

More importantly, however, the administration must pay close attention and explicitly identify the 11 examples of contemporary IHRA anti-Semitism, coupled with explanations of anti-Semitic discrimination and criminal acts. (I invite you to see them again hereThe IHRA list is powerful precisely because it directly recognizes the vast majority of anti-Semitic activity facing Jews in the United States, both from the right, the left and the mainstream.

Second. The administration cannot let foreign affairs dictate silence on anti-Semitism, especially from the left. As the May peak illustrates, anti-Israel sentiment is closely linked to anti-Semitic rhetoric and hateful actions.

During his campaign, Biden acknowledged that the BDS movement “singles out Israel and too often veers into anti-Semitism” and that it “would fight other efforts to delegitimize Israel on the world stage.” This is consistent with one of the examples of the IHRA which states: “Denying the Jewish people their right to self-determination, for example, by claiming that the existence of a State of Israel is a racist enterprise” is anti-Semite.

The Biden administration must declare that Israel’s existence as a sovereign nation is non-negotiable. It is a prosperous democratic nation with a strong and innovative economy, in which its citizens enjoy civil protections and human rights under the law. It is the only democracy in the Middle East. Allowing continued questioning of Israel’s right to exist undermines its very existence. And unfortunately, it fuels contemporary anti-Semitism.

The third. We need the State Department envoy for anti-Semitism in place immediately. We need an official and an empowered voice that represents the US government to speak out against anti-Semitism wherever it appears and lead the effort to combat it.

Anti-Semitism requires distinct recognition, programs, policies and leadership at the federal national and international levels. International and national data confirm this. The rapid escalation of global anti-Semitism through physical violence, discrimination in the workplace and at school, blatant misinterpretations in mainstream media coverage and through the sheer volume of publications and Hateful comments on social media warrants immediate action.

Fourth. Biden’s national efforts must not treat anti-Semitism and Holocaust memory as a uniquely Jewish issue. We cannot fight against all hatred and discrimination without simultaneously fighting against anti-Semitism; they are inextricably linked.

All efforts related to hatred, discrimination and civil rights must include and address the role of anti-Semitism in policies, accountability, and awareness and prevention efforts among all stakeholders.

Biden announced early in his administration that the Home Policy Council (DPC) would be looking at racial justice and fairness. DPC director Susan Rice acknowledged that her office would also focus on outreach and efforts on behalf of ethnic and religious minorities, of which Jews are both.

In the United States alone, the statistics are alarming. The ADL reports that 60% of American Jews witnessed an anti-Semitic case in May, and that rates of harassment and incidents against Jews have doubled in the past year. And that’s after more than 30 years of FBI data showing that Jews and Jewish institutions are the main victims of religious hatred. And the reality is that every type of anti-Semitism is underestimated.

And since 2015, there have been 3,500 documented antisemitic incidents at U.S. colleges and universities, according to the Amcha Initiative, a nonprofit dedicated to monitoring and combating antisemitism in higher education institutions. Americans. Under the guise of free speech and academic freedom, universities across the country allow their faculty and students to create hostile learning environments for Jews.

Agencies nationwide, such as education, homeland security, labor, justice (which includes the FBI), health and social services, and more, need to understand what anti-Semitism looks like. Agencies charged with protecting civil rights and prosecuting discrimination and hate crimes must understand the complexities of modern anti-Semitism; otherwise, we will not progress.

The administration places a strong emphasis on “public engagement,” what it sounds like: interacting with stakeholders and having meaningful, ongoing conversations on policy issues. When it comes to anti-Semitism, the administration and the executive must communicate with local and state agencies, in addition to employers, schools and universities, and then get involved. The message should include that anti-Semitism will not be tolerated and refer to the IHRA definition.

The administration should educate and empower parents, students, schools, employees, and civic and business leaders to identify and report all forms of hatred, which can even take the form of harassment or bullying.

At the same time, the administration needs to focus on prevention through tangible products, events and resources that families, employers, law enforcement, schools and universities can tap into, such as counseling and fact sheets, informative social media posts and even old-fashioned webinars with national experts. The federal government must help leaders in all sectors understand how to create inclusive and welcoming environments for all.

Ida R. Eblinger Kelley is a retired federal education and health care communications and outreach executive in Washington, DC. Later she served as Deputy Director of the Nixon Presidential Library in County of Orange, California, where she currently resides. As a child of Cuban Jewish immigrants, she dedicated her academic and professional career to empowering disenfranchised people.

Medical point of view – The island

Personal Loans: Do You Need A Bank Account To Get A Loan?