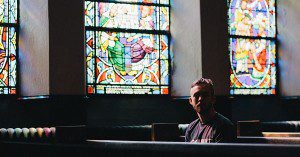 Beat a dead horse? Learn about the decline of Protestantism

Beat a dead horse? Learn about the decline of Protestantism

* If you wish to comment here, make your comment relatively brief (no more than 100 words, please), civil and respectful in language, not hostile or argumentative, and do not include any links or photos. Make sure your comment is on topic and don’t try to misuse my blog to promote your own alternative belief system.*

This follows on from my immediately preceding blog post on the apparent decline of the influence of Protestantism in Europe and America (especially America). I understand that I can be perceived now as beating a dead horse. Does this subject deserve another article? Well, maybe not, but, nevertheless, here it is.

I spoke about the virtual absence of Protestants in popular culture. Many movies feature a pastor, preacher, church, cult, person, or family that is Christian in some obvious way. Rarely, rarely these Protestants. They are almost always Jewish or Catholic. I can think of one or two where the main characters are very overtly Eastern Orthodox (eg “My Big, Fat Greek Wedding”). There are rare exceptions such as “First Reformed” and “The Apostle”. But in both of these cases, as in most of them, Protestants are extremely flawed, and apparently BECAUSE they are Protestants (of any color).

It is the same on television. Think, for example, of “Madam secretary”. The husband/father is a professor of Catholic ethics at a Catholic university and although they rarely go to church (as far as viewers can tell) his Catholic faith is often mentioned in particular as he struggles to be a government agent sometimes involved in something. as “black ops”. But where is a TV show where the family or even a main character is openly and blatantly Protestant?

I set aside in all of this the movies available on “PureFlix” and similar movies and programs made by Christians; I’m only talking about American popular culture in these two blog posts.

So why this dearth of Protestant representations in the media and culture in general?

My suggestion is that the Protestants did this to themselves. Overall and in general, we are bored. There are exceptions, of course. But when we’re not boring, we’re too ‘far’ (I try to avoid the word ‘weird’) for secular people who create and influence culture to understand or reproduce even in fictional form. Think, for example, of Steve Martin and the movie “Leap of Faith.” None of this was authentic Protestant revivalism.

Why are we (usually) boring? Well, for the most part we avoided “the arts” – produced by us – and confined ourselves to what a colleague of mine described as “four bare walls and a sermon” (his description of a church typical reformed – its own tradition).

Perhaps this is why most portrayals of Protestants in popular culture focus on minority manifestations of Protestantism – African American worship, Pentecostalism, Old Order Mennonites and Amish, etc. representations are inauthentic. The only representation of popular culture of Pentecostalism that I have seen, experienced, was the movie “The Apostle”. This film really moved me because it was the first time that I saw my tradition (of childhood and youth) represented in an authentic way in a “Hollywood film”. Unfortunately, of course, the main character “Sonny,” played by actor Robert Duvall, was a wildly flawed evangelist and pastor. But he had a “good side” once he left the megachurch and immersed himself in ministry among the “have-nots.”

What can Protestants do to overcome this annoying problem? Here is a small event that could serve as a starter for imagination and creativity. For about eighteen months, before I moved, I was a member of a relatively boring Baptist church. I actually liked it, but, for the most part, it was boring. Then the new pastor, a woman, decided to make sure it wasn’t boring. She talked about church as fun and handed out T-shirts that said “Got Church?” And many of us joined a neighborhood parade singing, wearing our t-shirts, and even (some) dancing or skipping (as many others did, including gubernatorial candidate Jesse Ventura!) .

I grew up in a “sort of Protestant” Pentecostal church that was absolutely NOT boring. However, I now know that trying to represent THAT in visual media would be nearly impossible without it looking weird. You had to be there and get involved to “get it”.

Protestants should incorporate beautiful, colorful pageantry into worship, along with powerful yet thoughtful preaching and enthusiastic singing. We need to get out of our “four bare walls and a sermon” in communities and have worship in public parks. We need to use our bodies to worship, kneel, raise our arms, rock, dance, bow, clap, cry, act like we mean what we say and sing, believe and love that it really matters. We need to step completely away from the “club” mentality or appearance and be excited about visitors, people who are different from us, and just openly ENJOY being Christians, knowing Jesus, worshiping and dying. have fellowship. For the most part, with many exceptions, we are deadly boring. We must change.