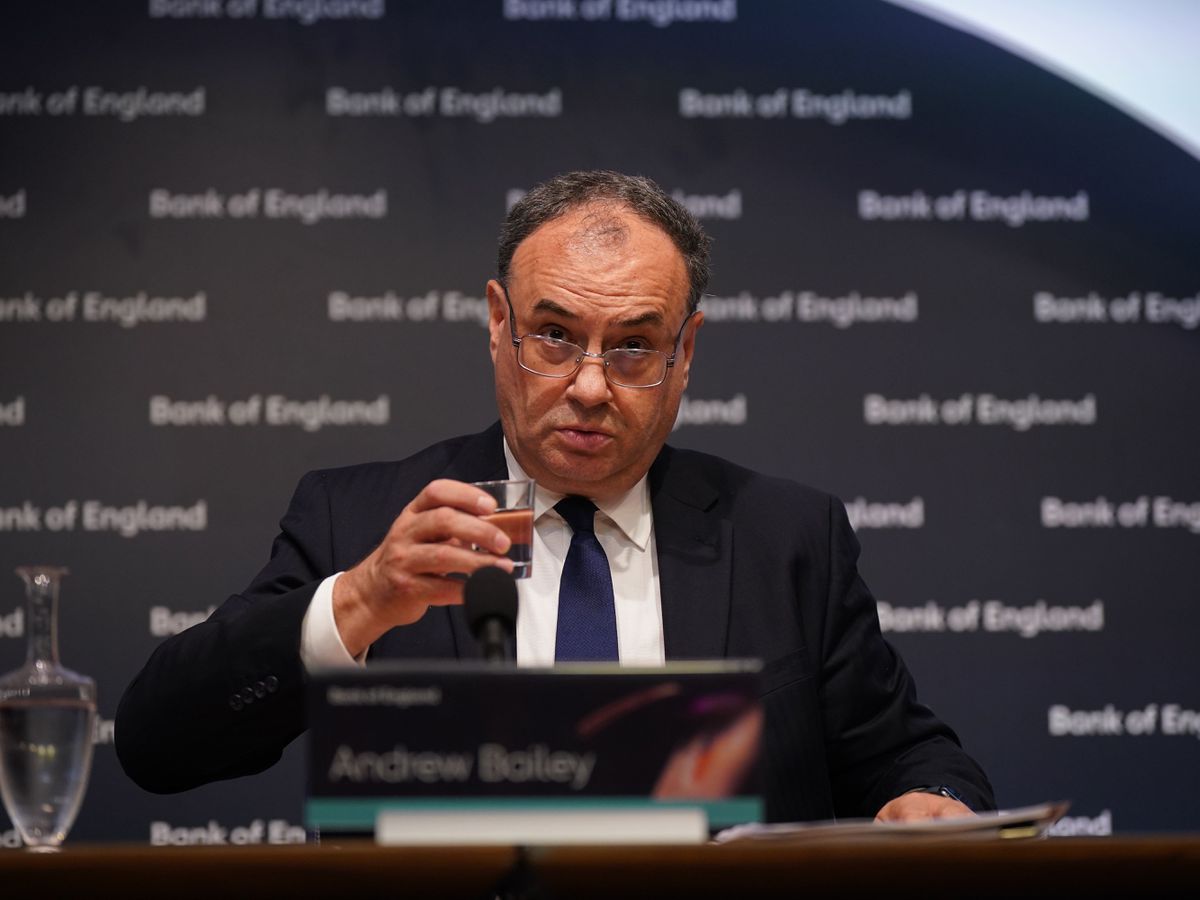 The independence of the Bank of England on monetary policy is “one of the great virtues of our system”, said Andrew Bailey as Threadneedle Street braced for a possible clash with Liz Truss if she becomes prime minister.

The Bank Governor sought to avoid being drawn into the Tory leadership race between Ms Truss and Rishi Sunak, which has seen the issue of interest rates and inflation become a political battleground.

Ms Truss, the bookmakers’ favorite to become the next Prime Minister, has pledged to review the Bank’s mandate to ensure it focuses ‘enough on money supply and inflation’ and one of its allies said the Minister of Foreign Affairs. examine whether the current arrangements are “fit for purpose”.

The Bank raised interest rates from 1.25% to 1.75%, the biggest rise since 1995, on dire warnings of an economy in recession and double-digit inflation compressing household incomes.

Ms Truss insisted she supports the independence of the Bank, but will look at other systems around the world to assess whether it has the right mandate.

Mr Bailey sought to avoid direct comments about the contest and the potential inflationary impact of Ms Truss’ plans for immediate tax cuts.

‘It is not for the Bank of England to get involved in the leadership election that is taking place for the leader of the Conservative Party and the next prime minister,’ he said.

Mr Bailey added: “I look forward to working with the next Prime Minister and I’m sure there will be a budget and the fiscal policy will be announced, but at this stage I won’t go any further than that in commenting on what might or might not happen.

But he was more open about the Bank’s mandate and its ability to resist political pressure.

The mandate set in 1997 was ‘price stability’, with the Chancellor setting the precise inflation target – currently 2%.

“It’s a somewhat different structure than many other countries,” Mr Bailey said.

“The great virtue of our system is that it is very clear what the target is.

“But I also emphasize that the structure was put in place with a very clear price stability mandate.”

The governor said the system was designed to deal with competing pressures between controlling inflation and achieving economic growth.

He added that “one of the great strengths of being an independent central bank is that actually the political pressures have been handled very well throughout the life of the MPC (Monetary Policy Committee) in my view, and obviously, we have had many governments throughout this life.”

Mr Bailey added: ‘One of the great virtues of our system is that the Bank of England makes these decisions independently, respecting, of course, the importance of the mission.’

His comments came after Suella Braverman, attorney general and Ms Truss supporter, said: ‘Interest rates should have been raised a long time ago and the Bank of England has been too slow on this.

She told Sky News: “Liz Truss has made it clear that she wants to review the Bank of England’s mandate, so this is going to look in detail at exactly what the Bank of England is doing and see if it’s actually appropriate. to its objective in terms of its complete and exclusive independence from interest rates.