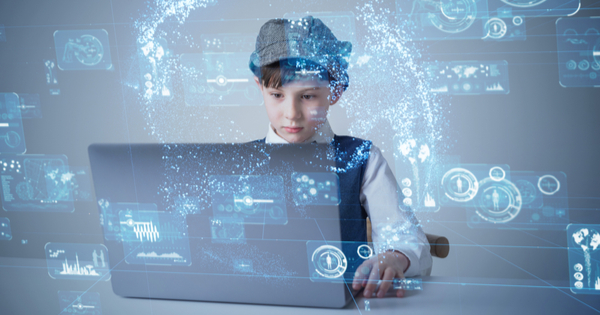 Artificial intelligence: what impact on the education sector?

Artificial intelligence is quickly becoming a part of everyday life. However, AI is moving faster in areas of education policy.

In this article, we will discuss some fundamental aspects of education, such as the relationship between skills and AI and possible approaches to adapt and prepare for AI in schools and society as a whole. We conclude with suggestions and resources for students and citizens interested in learning more about AI.

In order to increase predictive capabilities, AI refers to autonomous computer systems that use algorithmic networks to learn patterns in large data sets (Russell & Norvig, 2016; Walsh, 2016). The application of AI in conjunction with â€œbig dataâ€ offers new opportunities to solve complex and intractable social and political problems (Elish & Boyd, 2017). However, caution is also in order.

Although the type and amount of this substitution differs, it is recognized that automation in the context of artificial intelligence will replace certain functions and employees. In addition, Hajkowicz et al. (2016) suggest that to face future workforce challenges, Australian society will need to provide young people with the skills appropriate for current and future demands and learning opportunities in the workplace and throughout of life to support retraining.

Luckin et al. (2016), in one of the first articles on AI in education, warn against letting yourself be drawn into new technologies and call for a strong emphasis on pedagogy. Heckman (2011) emphasizes the importance of focusing on â€œattention, persistence, impulse control and sociabilityâ€ when it comes to â€œ21st centuryâ€ abilities.

In the study literature and in national programs, many competency frameworks were recognized. However, there appears to be some agreement on broad categories of essential skills, including cognitive skills which have traditionally emphasized informal education, non-cognitive skills (both interpersonal and intrapersonal) and skills. that allow people to interact effectively with information and communication technologies (ICT).

The ethical issues surrounding AI systems are broad, spanning creation, uses and outcomes, â€as Campolo et al. (2017) point out. The following sections discuss the ethical development and use of AI and prepare citizens for an AI environment, including students of all ages in this article and the application of AI in policy areas. public such as education.

It is essential to diversify the types of professionals working in the development of AI (Campolo et al., 2017). Strategies to improve the gender imbalance in STEM education will be needed to address the lack of diversity among developers (OECD, 2018). Luckin (2017) also urged educators to collaborate with AI developers, noting, â€œEveryone needs to be included in a discussion of what AI should and shouldn’t be designed to achieve. “Training data, algorithms, and other design choices that build AI systems can reflect and amplify existing cultural biases and injustices,” like Campolo et al. (2017) point out.

Education, health, and other areas of social policy are high-stakes areas for AI adoption. It will be essential to take steps to eliminate bias in decision making when assessing learning ability, disease risk and medical diagnosis, among others.

There is clearly a need for mechanisms to increase transparency, regulation and algorithmic literacy, as well as ways to monitor what algorithms are doing in practice and to create effective accountability mechanisms, as machine learning begins to work. and algorithms become more integrated into the mediated infrastructure of everyday life. (Anny, 2016). It will be a question of determining which areas of regulation require revision or creation.

As companies produce and manage data systems in education (Williamson, 2017), critical considerations include: what happens to students, parents and other types of data when used in systems , as well as who owns and has access to the data (Zeide, 2017).

Some recommendations stress the importance of personal data ownership and membership programs rather than exclusion (Tene & Polonetsky, 2012). We could examine how Google Mail is used in schools as an opt-in strategy test case.

Use of AI in public bodies

Much of the supply of automated systems is done under the exclusive knowledge of the companies. There was a call for grassroots government agencies, such as those in charge of â€œhigh stakesâ€ stakeholders such as criminal justice, health care, social protection and education, to â€œstop using the systemâ€. AI and â€œblack boxâ€ algorithmic systems. (Campolo and colleagues, 2017, p. 1).

The term â€œblack boxâ€ refers to the fact that the operation of these systems is either secret (due to proprietary knowledge) or cannot be discovered (due to the way various forms of artificial intelligence perform calculations).

As some decision-making becomes automated, there is a need to recognize the narrowness resulting from automation if context is not provided. In other words, system and school administrators will need to rethink the way they formulate goals and use data while recognizing the limitations and risks of automated systems (Campolo et al., 2017, p. 13). In particular, the risk of missing the critical contextual details that go into the creation of complex social domains like education.

Conclusion: what do we need to learn in an AI society?

The debate over how artificial intelligence will affect society in the coming decades centers on whether technological development will be any different this time around compared to previous periods of serious upheaval.

One of the most important things for anyone who works in, teaches, or schools is to understand how AI works and what it can and cannot accomplish. In the absence of everyone becoming a computer scientist, national governments are already trying to provide everyone with a means to learn what AI could mean for society and how AI works.

While anyone can take some of Coursera AI’s well-known courses, the Finnish government has created an online course aimed at teaching AI fundamentals to 1% of the population, or around 55,000 people. [ii].

Anyone with an internet connection can register and take this course, which can be found here. The NSW Department of Education in Australia has started commissioning research, organizing events and providing relevant resources, some of which are available in a free collection.

When new automation and AI proposals are brought forward, it is essential that educators and regulators address challenges like those mentioned above. This effort should not be presumed to be made by AI vendors or algorithm builders. The teaching profession and education authorities will need to devote resources and time to learning, understanding and developing these new technologies together, ideally before they become too common in our schools and educational institutions.

Hajkowicz, S., Reeson, A., Rudd, L., Bratanova, A., Hodgers, L., Mason, C. & Boughen, N. (2016). The Digital Workforce of Tomorrow: Megatrends and Scenarios for Jobs and Jobs in Australia over the Next Twenty Years. Brisbane: CSIRO. Retrieved from https://www.acs.org.au/content/dam/acs/acs-documents/16-0026_DATA61_REPORT_TomorrowsDigiallyEnabledWorkforce_WEB_160128.pdf