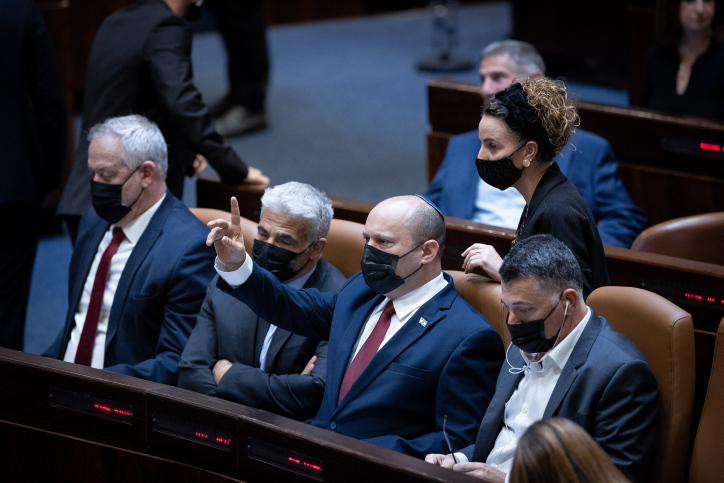 An (almost) optimistic look at the new Israeli coalition

(July 8, 2021 / JNS) I have already written my cynical take on the elections in Israel. They were heavy in personality and light on substance, and it is easy to predict that the current government will quickly fall under the weight of its own ideological contradictions.

The main objective of the current coalition was, and remains, to remove Prime Minister Benjamin Netanyahu from power. Netanyahu has been prime minister longer than anyone before him. He is a particularly talented politician and, if it turns out that he served his last day in the Prime Minister’s office, then he will have left behind a legacy of significant achievements for the State of Israel.

Despite this, or perhaps because of it, a national obsession developed around his reign. Israel has reached a point where neither supporters nor opponents of Netanyahu are able to objectively analyze his leadership or actions. No matter how brilliant, engaged or capable he is, it is very problematic for any democracy to have a leader who becomes the sole focus of public debate.

There are those who honestly believed that Israel would have failed as a democracy, and potentially as a state itself, if Netanyahu had won another term. And there are those who sincerely believe that Bibi – and only Bibi – can lead.

Israel will continue without him, though it’s hard to imagine the country without the man who dominated its politics for 12 years. Israel survived the departure of David Ben-Gurion, the departure of Menachem Begin, the assassination of Yitzhak Rabin and the stroke of Ariel Sharon, and will survive the generation of leaders that will follow Netanyahu, starting by Prime Minister Naftali Bennett.

The new Bennett-Yair Lapid government makes little sense on paper. It is a combination of right, left, religious Jews, secular Jews and an Islamic Arab party (Ra’am) closest to the far left on security and ultra-Orthodox on social issues. . Bennett must find a way to overcome all of these differences with the slimmest of majorities, 61-59. Using even the most generous analysis, the coalition could very well fall quickly, sending Israel back to the business of dividing electoral politics.

But what if it doesn’t?

If this coalition can defy the odds and govern effectively, then it could be the harbinger of a new political reality. The whole world, including Israel, has reached a point of ideological absolutism. The ideological poles are further removed than at any time in recent memory; those on opposite sides of the spectrum can barely maintain friendships or have a civil conversation, let alone run a country together. But in Israel, the former right-wing religious leader of the Yesha Council (the umbrella organization of the Jewish settlements in Judea and Samaria) leads a coalition that cannot stand without the participation of the most left-wing and most fervent secular party. of Israel (Meretz).

When the government was announced, and it became clear that Israel would have its first religious Zionist, kipah-Bearing a leader, the right-wing nun Jerusalem cried, while the secular left of Tel Aviv celebrated. This can be largely attributed to the horror (or euphoria) of Netanyahu’s departure, but it also speaks to confusion and uncertainty as to what this government might be.

It is still quite unclear. However, if the coalition is successful in dealing with COVID-19, lowering housing prices, improving the economy, and healing some of the divisions between Jewish and Arab Israel, among many other issues, known and unknown, it could have an impact on how Israelis of different ideologies and backgrounds see themselves.

Right now, Israelis on the right and on the left tend to view each other’s worldview as an existential threat. Right and left ruling together could change that. It is very unlikely that there will be any progress on major issues related to Palestinians or fundamental divisions between religion and state. But working together constructively for the first time in a generation would hopefully bring right and left to a point where they can recognize that political opponents, extremists aside, are not seeking to harm the country.

Israeli Arabs generally view the government with suspicion at best and outright hostility at worst.

If Ra’am can achieve results in economic development, education and crime reduction in Arab communities, it would start to make many Arab Israelis forget that they have nothing to gain from working. with the Jewish majority and to participate fully in the political process. And if Jewish Israelis see an Arab party playing a constructive role in the governance of the country, it could alleviate some of their concern over the goals of Arab political activism and leadership.

Personally, I do not believe this coalition will last. However, despite my strong reservations about at least half of his parties, I hope so. Israel has had enough elections. Israel is fed up with the perpetual divisions between right and left, religious and secular, Jews and Arabs.

Israel has never had a government like this. Previous governments – left, right and unity – have succeeded in making the world’s only Jewish state an economic and military powerhouse, but they have failed to heal Israel’s internal divisions. Maybe this one can. The opposition should speak out and demand, but this government has the support of a majority in the Knesset, which makes it as legitimate as any. He has gained the opportunity to prove what he can do.

Justin Pozmanter is an editor at The MirYam Institute. Justin is a former foreign policy adviser to Israeli politician and national security expert Tzachi Hanegbi. Prior to making his alyah, he worked for the American Israel Public Affairs Committee (AIPAC) and practiced law.