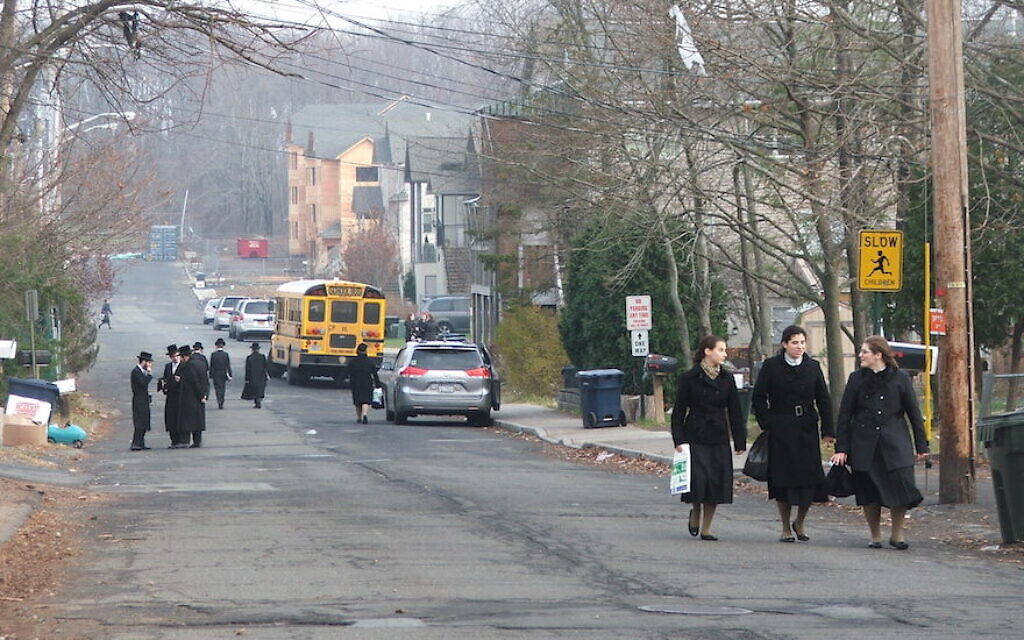 JTA – The median age of American Jews has fallen from 52 to 48 since 2013, according to a massive survey of Americans and religion, making Jews one of only two religious groups to be rejuvenated on average.

All other religious groups, except mainline Protestants, tended to age over the same period, although a number remained on average younger than Jews.

The median age for all Americans was 47, according to the survey.

The Public Religion Research Institute’s survey, released Thursday, was based on interviews with nearly 500,000 people from 2013 to present.

The survey, which says Jews make up 1% of the population, also found, unsurprisingly, that Jews “are mostly concentrated in the northeast and areas around New York.” A majority of Jews, 51%, live in suburban areas, 40% live in urban areas and only 8% live in rural areas.

Politically, 44% of Jews identify as Democrats, 31% identify as independents and 22% as Republicans.

Among the counties, the highest concentration of Jews, 18%, was in Rockland County, New York, which has a large ultra-Orthodox population; the same county was also seventh among the 10 most religious counties in the country. The counties with the 10 highest concentrations of Jews included six in New York City, two in New Jersey, and one each in Florida and Maryland.

Jews were one of three groups with a majority having college degrees: 58% of Jews, 59% of Unitarian Universalists, and 67% of Hindus had college degrees.

The findings of the age report largely correspond to a study done this year by the Pew Research Center, which put the median age of Jews at 49. The Pew study also found that Orthodox Jews had a younger median age (35) than Conservatives (62) and Reform Jews (53).

The main takeaway from the report is that a steep drop in recent decades among white Christians has stabilized and the group appears to have settled in around 44% of the country. More than 80% of Americans identified as white Christians in 1976, NPR reported, and that proportion was two-thirds in 1996. The number fell below 50% in 2012 and was as low as 42% in 2018.