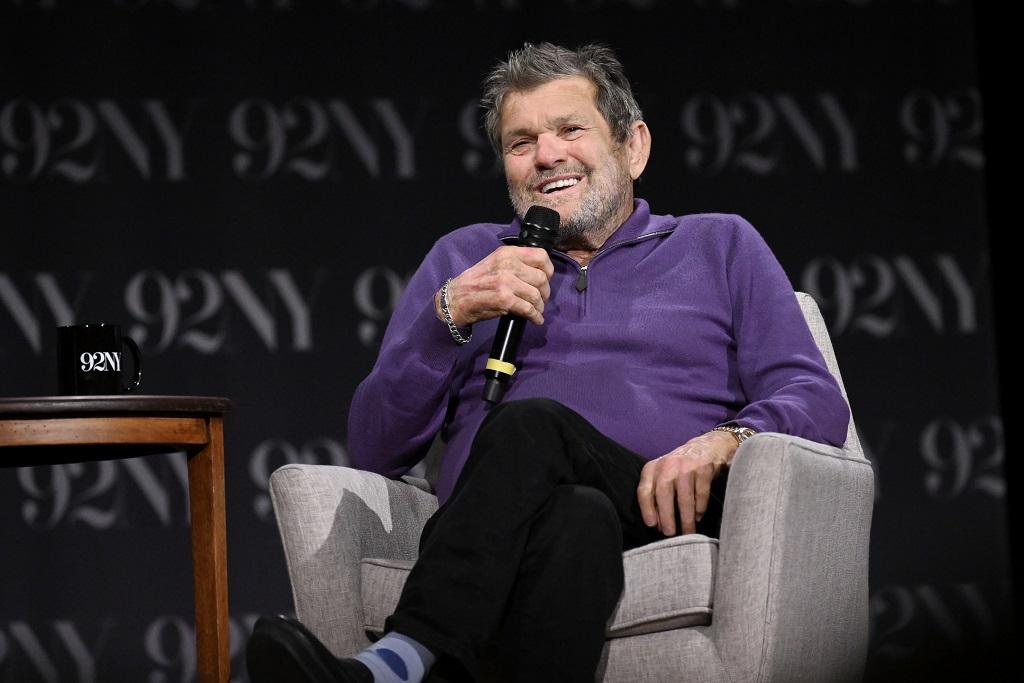 Let’s take a post-election break from politics and take a look at Jann Wenner’s recent memoir instead, Like a rolling stone. First, let me state that I am the only person in history to compare its author to the famous mid-century New York intellectual Lionel Trilling. How is such a comparison possible, you ask? This only works in one category: name-dropping. On page four of Trilling’s first essay The liberal imagination-probably the bestselling collection of literary criticism ever published – Trilling found reason, as Stefan Collini noted, to mention Diderot, Hegel, Marx, Nietzsche, Schopenhauer, Goethe, Shaw, Rousseau, Blake, Wordsworth, Burke, Coleridge , Arnold and Schiller, Mill, Shelley, Schlegel, Sand, Ibsen, Tieck and Stendhal, followed soon after by Dostoyevsky, Poe, Baudelaire, Nerval, Rimbaud, Proust, Eliot, Kafka, Mann and Joyce.

List 1: The people who called to advise or console Wenner when news of his divorce (and sexual preferences) hit the headlines

Spoke and played (and even wrote a special song for Wenner):

(Wenner would also be eligible for the Nobel Prize for chutzpah, if such a prize were created, to mock Bono for his deletion of name.)

I should mention up front that for two years I covered politics for rolling stone— a position that opened up when Bill Greider went on leave. I had little direct contact with Wenner, except that, working through two layers of editors, he sometimes asked me to edit my reporting to suit his political priorities, particularly on gun control. I’ve faced political interference almost everywhere I’ve worked, but nothing has ever come close to Wenner’s brutality. I left the magazine when Greider returned to claim his place (although he too left soon after, also for The nationwhere Bill ended his career).

I must also say that I grew up reading rolling stone from when I was 12 and dreamed of working there for most of my (extended) teenage years. My first act was David Cassidy’s infamous “Naked Lunchbox” act, which I took to camp with me, and I still remember the excitement of the world it opened up in my imagination. While the magazine was nowhere near as politically influential as Wenner would have its readers believe, it was truly significant as an expression of a sensibility, an embrace of the cultural significance of rock music. Wenner’s drive to fund and publish some of the best investigative journals published anywhere, ever, has also made it essential reading.

Much of his book takes place on various luxury island retreats, Montauk mansions, hot tubs owned by the rich and famous, and private jets, with Wenner usually checking out a Hunter S. Thompsonish combination of booze, coke, and / or acid. Even so, the world is a much better place to have founded rolling stone. I’ve often noticed that famous magazine editors act capriciously – a bit like Stalin – because they want people to think they’re geniuses and seem to believe that if no one can find a rhyme or a reason to their decisions, their myth will remain protected. Wenner was truly a genius magazine editor, but like many of them, he was also a deeply anxious person who had to take credit for everyone and everything around him, as he does in this book.

Wenner wrote this book because he was angry at the results of the authorized biography, by Joe Hagan, that he had previously devised. I don’t blame him for being upset that Hagan thought his sex life was so central to his story. But I also have no doubt that Hagan’s version is more reliable. Here is a story I saw first hand that says something about both the man and the memoirs:

In a story that appears like many in his book, entirely without context, Wenner boasts: “I took my ten-year-old son, Theo, GE Smith and George Stephanopoulos to watch the band rehearse the full show for the first time on the Voodoo. lounge scene [in July, 1994] in an empty stadium, sitting with the Stones’ wives and their children on blankets around the pitcher’s mound. The private show of all time.

Here’s the thing. I was there too. Wenner was all over Stephanopoulos, then (as a top aide to President Clinton) a major political celebrity, to go to the show with him. I was then a correspondent in Washington for Mother Jonesbut I had waited what felt like an eternity to find out if I was going to get the rolling stone concert. I also really (really) wanted to see the Stones rehearse. George didn’t care about the Stones, but he agreed to tell Jann he could only go if I could go with him. After many back and forth Jann said he had “talked to Mick” and got permission for me to come too.

So, we arrive at the RFK stadium and immediately, Jann abandons us. GE Smith and George and I sit in the stands while the really nice people are sitting in the field. There were a maximum of 250 people in the 54,000-person stadium, and there were still a VIP party. (I remember seeing Jann, from a distance, sitting with Dan Aykroyd.) I sat next to Smith, who was really nice and said some interesting things about Keith and Ronnie Wood’s guitar playing (but they didn’t). weren’t interesting enough, in retrospect, to make up for the fact that he’s now led the band multiple times for recent Republican conventions, even under Trump). Another thing: the show sucked. Seeing a band play in an empty stadium doesn’t work. You’re still that far away but the sound is terrible because of the constant echo that comes from the distance it travels without anything absorbing it. I don’t understand the physics but you could actually see the sound traveling from the stage to the back of the stadium where it hit the scoreboard and then came back to collide with the music that had just left the stage to make a big messy acoustic. Third, George and I had been worried about what we were going to do at the likely after-party. He couldn’t afford, politically, to appear at a typical Stones/Wenner rally, and yet we had to be polite. Plus, it sounded really cool. This issue turned out to be moot. After the show, Wenner showed up just long enough to let us know he and his friends were heading back to East Hampton on his jet. We were stuck outside the stadium after public transport closed for the night and had to drive through some pretty uncertain neighborhoods to get back to Dupont Circle, where we both lived. I made fun of George for getting caught up in a mess David Gergen would surely have known enough to avoid.

(Speaking of private jets, I coined the term “Liberal Gulfstream” in Atlantic to apply for Laurie David in 2004. There’s nothing more hypocritical – and probably more infuriating to ‘real’ people – than a wealthy impostor who claims to be an environmentalist but also insists on stealing ‘private’, because it’s is about the most wasteful of fossil fuels known to mankind.)

Wenner also paints himself and his magazine as a paragon of journalistic virtue. Again, that was great in many ways, but following accepted rules of journalism wasn’t one of them. Wenner always demanded that his friends get good reviews, sometimes writing them himself when hired help proved insufficiently enthusiastic. Wenner pretends not to know today. For example, when discussing his firing of film critic Peter Travers, he refers to him as “Mr. Integrity,” and “one of America’s most prominent film critics. I once featured him.” to a singer who said to me: “Oh, you’re the guy with four names: Peter Travers, rolling stone.’ Well, yeah, that was because virtually every Travers review contained some kind of “rock-smashing-you-out-of-your-seat” quote that fit perfectly in a newspaper advertisement. It was a free advertisement for the magazine as well as a valentine for potential advertisers. Wenner could have saved some money by not bothering to publish the reviews at all and simply sending them to the studios. I doubt anyone noticed the difference.

Plus, Wenner hits hard at his mother in this book. It’s just fucked up.

But I want to end on a positive note, so this: While I’m sure Wenner doesn’t get his phone calls like he did when he could make or break a career, Bruce Springsteen seems to really like it. He not only generously jammed the book, but also conducted an interview with Wenner at the 92nd Street Y upon its release. Also, one of the only two times Bruce had to talk to me without it having been arranged in advance was when he was staying with Wenner in the Hamptons, and they came to an after-party together. film screening.

Bottom line: read this book if you can’t help yourself – like I couldn’t – for its gossip. But if you want the same story with more context, go with Hagan and skip the dirty parts.

Today’s music is that obvious choice with this wonderful (and inevitable) blanket. Oh, and here’s Bruce doing it, and here’s a video the Bob folks posted for the song in 2017, just 52 years after it was originally released.