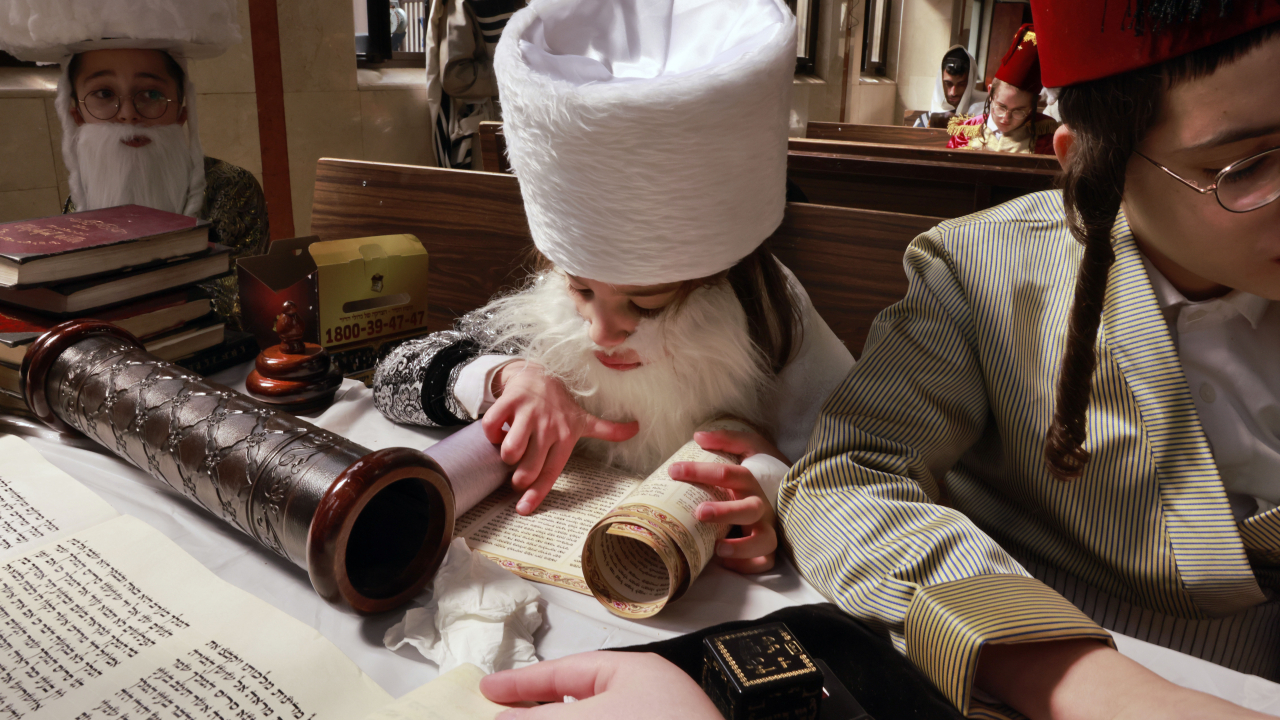 Allegation of discovery of Bible scroll in Iran is false

Videos shared on social media claim to show a newly discovered original scroll of the Book of Esther, a biblical text that chronicles the deliverance of the Jewish people from a plot to exterminate them in the 5th century BC. But experts say the video shows a document with random Hebrew letters and no indication of genuine antiquity.

“The original book of Esther was recently found in Iran by a Jew who lived there. The scroll is 1500 years old. Beauty is all written in pure gold,” reads the accompanying text of a YouTube. video published on March 19, 2022 and viewed over 3,000 times.

But experts said the object in the video – in which an unidentified person is seen unrolling the scroll without gloves or any other preservation technique – is clearly not the Book of Esther or from that period. , according to the writings and marks on the roll.

“We have an arbitrary arrangement of Hebrew letters. We don’t have the Book of Esther.”

Schiffman said a number of forged antiques have surfaced in the Middle East in recent years, but that this article is not likely to mislead anyone with knowledge of Hebrew or Jewish history.

The text is “gibberish” and the Hebrew vowel marks under the letters came into use much later, in the Tiberian time, Schiffman told AFP.

Additionally, he said there do not appear to be any corrections in the scroll, which is unusual for a handwritten manuscript from ancient times.

“I should see corrections; nobody writes a text in the first version without corrections,” he said.

the Book of Esther tells the story of the Jewish queen who helped prevent a planned annihilation of the Jewish population during the reign of Xerxes I, the king of Persia from around 486 to 465 BC. The Old Testament text inspired the carnival-like Jewish holiday of Purim and was later incorporated into the New Testament.

One of the oldest verified Esther scrolls – also called megillah – was gifted last year at the National Library of Israel. It is thought to date from around 1465.

The roll of the video cannot be credibly linked to any ancient document from this period, said Jodi Magnessan archaeologist and professor of religious studies at the University of North Carolina who has worked extensively in the Middle East and who is a former president of the Archaeological Institute of America.

The use of the Star of David suggests the scroll isn’t even a good fake, Magness told AFP.

“The Star of David did not become a symbol of Judaism until the Middle Ages,” the archaeologist said in a telephone interview from Jerusalem.

“It doesn’t look ancient, but in any case, you couldn’t date it before the Middle Ages.”

Significantly, the video offers no evidence of the object’s provenance, making it impossible to verify as an antique, Magness said.

“Without any documentation of its origins, it’s a no-start for archaeologists,” she said.

“Archaeology is like (the TV show) CSI. You have to have a chain of custody. You have to know where it was found and under what circumstances, otherwise there would be no way to verify it.”

Based on the lack of apparent evidence of its authenticity, Magness said it was not worth subjecting it to scientific analysis and that archaeologists could not make this lack of provenance without violating their code of ethics.

“I wouldn’t waste my time trying to authenticate it,” she said. “It looks like something one of my students would do for a class assignment.”