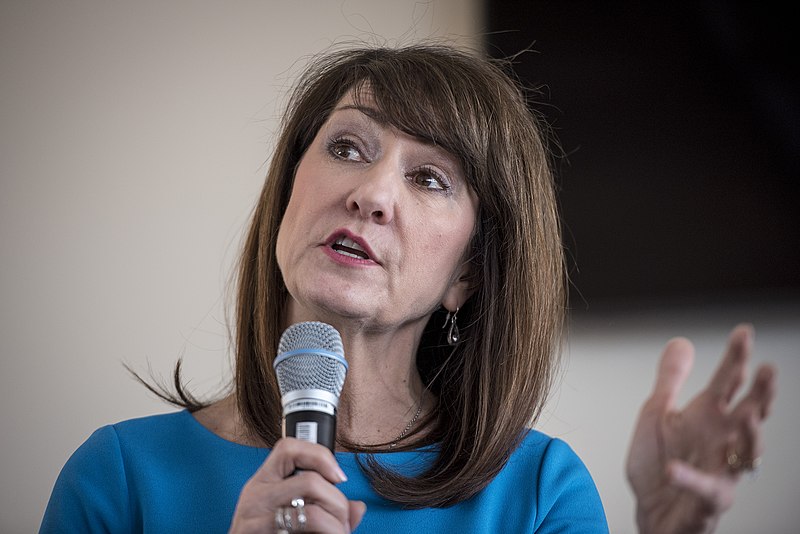 A ‘Palestine First’ Scandal Hits the US Congress

(February 4, 2022 / JNS) During Barack Obama’s presidency, when diplomatic tensions between Israel and the United States reached levels rarely seen, the term “Israel-Prime” was concocted by opponents of the Jewish state as a way to humiliate its advocates and supporters in America.

Being an “Israel-Firster” meant that you put Israel’s interests above those of the United States and were therefore branded as someone with suspect loyalties. For the many Jews thus defamed, there were unmistakable echoes of past surges in anti-Semitism, with the fixation on obscure Jewish imperatives taking precedence over national security concerns. But it was also problematic in other ways.

On the one hand, the term implied that the United States had one set of interests and Israel a completely different set, turning two close allies into adversaries. It also suggested that Israel was a rogue state that was happy enough to use Diaspora Jewish communities as a fifth column when necessary. Through a combination of financial incentives, subtle intimidation and promises of political advancement, the “Israel-Firsters” were able to ensure that American politicians put Israel’s agenda before that of their own country, thus ensuring distrust and dislike of the United States throughout the Muslim world. world at the same time as billions of American taxpayer dollars poured in to support the Israeli occupation of the Palestinians.

This caricature of advocacy for Israel in America has been offset by the carefully nurtured self-image of Palestinian advocates as speaking truth to power and campaigning for their cause through the power of popular persuasion, rather than dubious congressional lobbying. . If Israel is an establishment cause, by logic, then Palestine must be the primary mission of a progressive coalition that understands Zionism as a political toxin, alongside racism and Islamophobia. And while the defense of Israel unfolds in the halls of power, Palestine manifests itself in street protests and campus rallies, in mass petitions and, above all, in the campaign to subject Israel to a regime of boycotts, divestments and sanctions as seen in the BDS movement.

But that self-image has taken a hit in the past fortnight with a new political scandal involving Rep. Marie Newman, a left-leaning Democrat from Illinois who is a staunch opponent of Israel. Newman is currently under investigation by the House Ethics Committee after a report released in late January by the Office of Congressional Ethics (OCE) concluded that there were “substantial grounds for believe” that she had violated federal law by promising a job to a political rival as part of a quid pro quo.

Newman’s rival – a Palestinian-American scholar named Iymen Chehade – has reportedly been promised a job as a foreign policy adviser with a six-figure salary in exchange for not running against her in the Congressional race in 2020. A 2018 email uncovered by the OCE included an agreement that Chehade “would not advertise or submit his candidacy for election as Congressional Representative for Illinois’ 3rd District” and that ‘”In exchange, Newman will hire Chehade as a senior foreign policy adviser.” But after winning the election, Newman reportedly reneged on their agreement. Chehade filed a lawsuit in response before the couple reached a settlement at the undisclosed amicable.

Further inquiries, however, revealed a surprising additional layer to Newman’s discussions with Chehade regarding his positions on the Israeli-Palestinian conflict. According to the daily beast last week, “a comfortable job and a headline weren’t the only things Newman bargained for.”

Chehade is said to have obtained Newman’s agreement to fully control his positions on the Israeli-Palestinian conflict. Arguably, that wasn’t such a big ask, given that Newman had sponsored several bills in favor of a Palestinian state and, last September, was one of eight Democratic lawmakers to vote against a bill. bill authorizing $1 billion for the anti-Israel Iron Dome. missile system. Moreover, a visit to her home website reveals a single topic under the “Issues” tab: “Israel-Palestine”.

Nevertheless, according to communications uncovered by the daily beast, Chehade was clearly leaving nothing to chance, demanding Newman’s agreement on a range of policy issues. This would amount to opposing any legislation involving military aid to Israel, supporting legislation on a Palestinian state, and traveling to the region on “fact-finding” missions whose itinerary would be entirely determined by Chehade.

Chehade also demanded that Newman boycott Israeli and Jewish organizations, thus proving himself to be an eliminationist anti-Zionist who opposes the very existence of Israel. “At no time will Newman accept partial or full funding for Congressional delegations from the [Jewish National Fund], any organization affiliated with the Israeli government, or any organization that embraces the Israeli Zionist or colonial project,” he wrote.

At no time did Newman sound troubled by the use of federal funds to reach a private agreement with a Palestinian lawyer who would have provided him with a well-paid job and political influence – the source of concern for the Ethics committee. Instead, she replied to Chehade’s email saying, “Most look good. Some concerns, mainly phraseology. »

Newman dismissed the investigation into his professional relationship with Chehade as a “partisan witch hunt”. She is also set to lose her congressional seat after a redistricting in Illinois, meaning she will face a lawmaker from her own party, Rep. Sean Casten, later this year. So it shouldn’t come as a shock if the progressive “Squad” of House Democrats loses at least one member in 2022.

Even if Newman disappears from Capitol Hill, the lessons of his dodgy arrangement with Chehade must be absorbed. It is painfully obvious that no American interest is served by the adoption of anti-Israel positions by an elected official at the request of a deciding outside adviser. Newman and Chehade can rightly be called “Palestine-Firsters”, since for both of them, the Palestinian cause takes precedence over all other considerations. Other legislators in the House should not make the same mistake.

Ben Cohen is a New York-based journalist and author who writes a weekly column on Jewish and international affairs for JNS.

The Winter Olympics, a complex homecoming for the Chinese diaspora