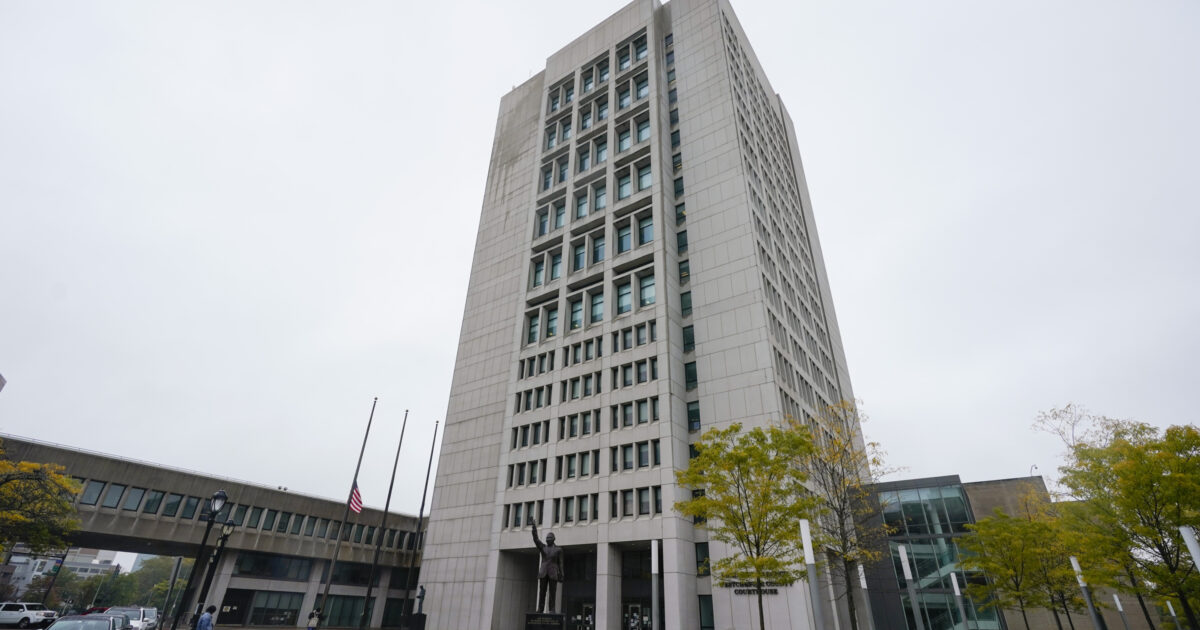 July 22, Jessie Sander was fired from her job as a Hebrew teacher in the education program at Westchester Reform Temple, a top congregation in Scarsdale, New York. According to a legal complaint obtained by Jewish streamsthe dismissal — which came before Sander, 26, had even met his students — came in response to a blog post Sander co-wrote criticizing Israel.

Sander was offered the job on May 10, the same day Israel launched an aerial bombardment of Gaza that killed, according to the most recent count, 260 Palestinians over 10 days. On May 20, the day Israel and Hamas agreed to a ceasefire, Sander and a friend published the blog post, now removed from Medium, in which they condemned “colonial settler violence” and called themselves anti-Zionists. “Being anti-Zionist has made us even more invested in building Jewish community and fighting for justice for all Jews,” they wrote. “Jews in the United States must speak out against genocide on our behalf and state-sponsored killings disguised as support for the Jewish people.”

Less than two months later, Sander began his work at the synagogue. She found her welcome by the “welcoming and loving” staff, she said. On July 15, when she had been working at the shul for just over a week, the school’s principal and vice-principal called her to a meeting, “supposedly to discuss the scheduling of the Grades 11 and 12 for the 2021-22 school year,” according to the complaint. But a few minutes later, the director, who is also the shul’s associate rabbi, diverted the conversation to the topic of Sander’s blog; the complaint says he advised her to consider describing her views with a term other than “anti-Zionist” and suggested that her arguments could be interpreted as “calling for a second Holocaust.” She was fired a week later.

The lawsuit, which she filed Jan. 25 in Westchester County Supreme Court, argues that her dismissal was a violation of New York labor law. While Sander’s facts Case are familiar, the legal argument is not. The complaint says that by firing her for expressing her anti-Zionist beliefs before she was hired, and in a forum outside of work, the synagogue violated a state labor law that prohibits an employer from firing a worker for “recreational activities” such as “sports, games, hobbies, exercise, reading and watching television, movies and similar material.” If Sander wins, the legal argument could provide a template for other plaintiffs who face workplace retaliation for their views on Israel. A nascent legal movement has sought to expand protections for Palestinians in the United States, as well as anyone whose pro-Palestine speech or activity is suppressed; last April, for example, the organization Palestine Legal filed a case on behalf of a Florida State University student who seeks to enshrine anti-Palestinian racism as a distinct form of discrimination under Title VI of the Civil Rights Act. Sander’s lead attorney, Robert Herbst, said Jewish streams that it is the first case to apply the law’s “recreational activities” protection to the issue of workers’ anti-Zionist speech. “We will create a law,” he said.

The facts of the case show a notable synagogue questioning whether to recognize anti-Zionism as a legitimate Jewish way of life. When Sander was called into a meeting with the school’s principal and rabbi, David Levy, who had hired her, and her vice-principal, Felicia Block, Levy asked her if she knew the shul was Zionist, and l was asked how she understood the term. “anti-Zionist”. When explaining her opposition to Israel’s military rule in the Occupied Palestinian Territories, and her objection to “the colonization of Palestinian land, with the accompanying displacement of the indigenous population”, Levy responded by asking if she was “calling for a second Holocaust.” “It was just horrifying to me,” said Sander, who understood the question as an accusation of anti-Semitism.

Despite the tenor of the conversation, Sander did not leave the meeting expecting to be fired, she said. Toward the end of the discussion, Levy told Sander that he agreed with “90% of what you’re saying.” (Levy and the other rabbis at the synagogue have publicly criticized some of Israel’s human rights violations against Palestinians.) to the complaint. Although “there are people here who would demand that I fire you immediately,” he said, he believed the synagogue school community had room for members who were “struggling with Israel.” “Never work somewhere that would fire you for your beliefs,” Levy reportedly added. Following the discussion, he wrote an email to the synagogue president and another shul rabbi expressing “full confidence” in Sander’s ability as a teacher and describing her as “a good role model for our students. (The complaint does not explain why Levy sent the email, or whether its recipients were already aware of Sander’s policy.) Levy forwarded the email directly to Sander. “I felt respected as a Jewish professional,” Sander said.

The meeting at which Levy fired Sander a week later was also attended by Eli Kornreich, the synagogue’s executive director. When Sander asked why she was fired, Kornreich replied, “It’s just not a good choice.” Kornreich, Levy, another synagogue rabbi, and the shul herself are all named as defendants in the lawsuit. None of the defendants responded to Jewish streams‘ Press inquiries.

The case has sparked a debate about whether and how to cultivate pluralistic Jewish communities. In one open letter to the rabbis and the Westchester Reform Temple board, 43 prominent Jewish scholars, rabbis and public figures protested Sander’s dismissal. (Signatories include Jewish streams Board Co-Chair Kathleen Peratis and Advisory Board Members Simone Zimmerman and Judith Butler, as well as Editor-in-Chief Peter Beinart.) “We urge you to reconsider your decision,” the authors write. “Surely you know that Ms. Sander’s views are shared by a growing segment of the Jewish community, which understands or grapples with Zionism’s role in dispossession of the Palestinian people from their homes and lands. Their commitment to Palestinian justice is fully in line with Jewish values ​​and the commitment to pursue justice that they learned in Hebrew school and from their families.

Still, the judiciary, which has traditionally granted religious communities significant autonomy in their internal affairs, may be reluctant to comment on the issue, said Lee Adler, a labor and employment lawyer who teaches at the University. Cornell. “The court could consider this as a fundamentally religious question,” he said. Such an interpretation would reflect a political climate in which the State of Israel and the American Jewish establishment treat Zionism as inextricable from Judaism. The complaint seeks to avoid a ruling that views Sander’s dismissal as a matter of religious disagreement by drawing a sharp distinction between the two. “Nothing in [Sander’s] The job description required adherence to a particular political view on Israel, Zionism, the Palestinians or Israel’s policy towards the Palestinians,” he says. The complaint also argues that the work of Sander, who teaches the Hebrew language to students, “was secular rather than religious, and no ordination or religious training was required.”

The lawsuit will also have to convince the court to accept a relatively new use of the work statute. Although the law was written in 1993 “to ensure that employers cannot fire people willy-nilly for things they did outside of work,” Adler said, more recent case law has eroded its protections; the 1995 judgment in State c. Walmart stores, for example, asserted the power of employers to dismiss workers for activity outside of clock hours. While this presents Sander with an uneven playing field, it also means that his case, if successful, could thwart the tendency to narrowly interpret the law.

Regardless of the outcome of the Sander case, anti-Zionist Jews are holding liberal Zionist communities in the United States to account. A survey conducted in 2021, shortly after Israel’s May assault on Gaza, found that 25% of American Jews consider Israel an apartheid state. “I suspect that within the next five years there will be anti-Zionist members in the majority of liberal synagogues in the United States,” said Rabbi Alissa Wise, one of the signatories of the letter and former deputy director of the anti-Israel association. occupation group Jewish Voice for Peace. “Having to play pastoral roles for anti-Zionist Jews will change the way rabbis think about who their responsibilities are.

Since being fired six months ago, Sander has been working as a freelance tutor. she says she struggled to pay her rent despite four part-time jobs. She is still seeking a place in Jewish education and has recently begun a Masters in Jewish Professional Studies. “I will find a Reform Jewish community,” she said. “I know it exists, and I will get there.”

The Conference: A haunting and disturbingly topical film about the Nazis’ “Final Solution to the Jewish Question”

Opinion: How the Fed can distort its message and urge us to higher inflation