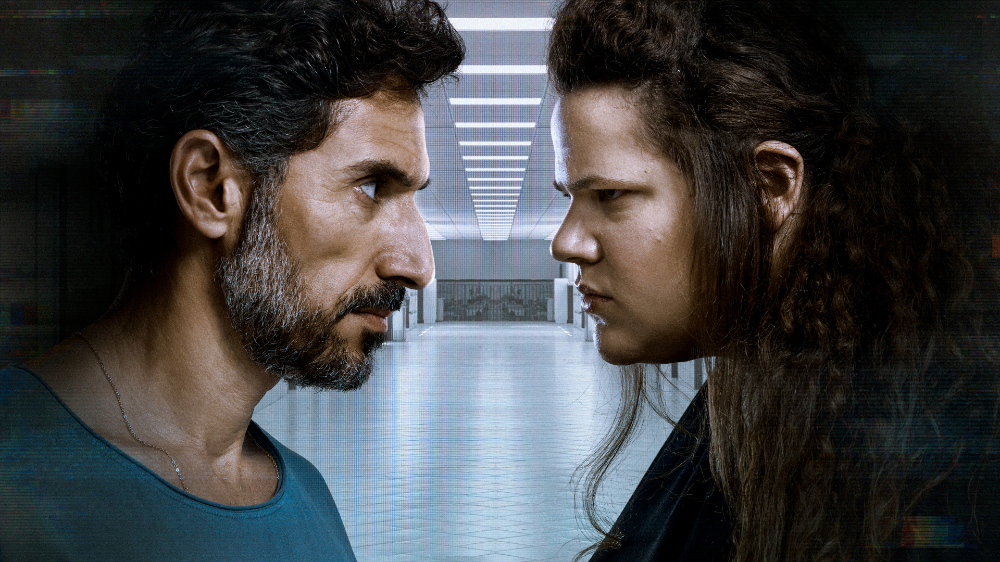 Israeli series “The Lesson,” a tense half-hour serial parable on the vicious spiral of social media confrontation, took top honors on Wednesday night at a spirited 2022 Canneseries festival whose main competition was backed by titles from some of the most daring players in the business.

With “The Lesson” co-lead, the extraordinaire Maya Landsmann, walking away with top performance for her nuanced turn as a troubled, plus-size teenager who pushes her liberal teacher into a personal attack on her physical appearance. – a bashing that’s going viral – the series can be considered the big winner of this year’s event.

Produced by Yochanan Kredo at Jasmine TV for Israeli broadcaster Kan 11 – and achieving huge success when aired on the network – the show, written by Deakla Keydar and directed by Eitan Zur (“Asylum City”), also illustrates the virtues of the best Israeli films. TV series: Tense and sharp writing, terrific acting, directing in the service of fiction, production values ​​while making the most of small budgets.

“So it’s an extremely well-crafted series, everyone loved it at Canneseries,” said Canneseries Artistic Director Albin Lewi. Variety. “The series shows how complex it is to be a teenager in a world of social media.”

The German series “Souls” marked the scenario for its first dizzying mix of different scenarios described by Variety as mixing “reincarnation and ‘Groundhog Day’ and this is just the beginning.” Its atmospheric score, which helps knit together its multi-strand plot, won Best Music.

The Dior Grand Prix for special interpretation for the nine key members of the cast of “Le dos d’Audrey” is an additional consecration for Canadian writer-actress Florence Longpré and her mastery of quirky tragicomedy and dynamic dysfunctional family.

The award comes following a selection at the Berlinale Series Market and Series Mania, a rare double, for “Last Summer of the Raspberrys,” which she co-wrote, another shameless exercise in tragedy and comedy. merged.

In her Canneseries entry, Longpré also stars as Audrey, a young woman emerging from a decades-long coma, on a heartfelt journey of rediscovery.

Supported by Norwegian public network NRK, which under the direction of drama Ivar Kohn emerged from the shadows of Danish DR and Swedish SVT, “Afterglow” won this year’s High School Award for a story of well-being. being about a woman with cervical cancer but “ask for joy” not pity. The series is also notable for a fiery central performance from Nina Ellen Ødegård (“Seizure”).

“Hacked,” a Belgian drama about high school cyberbullying, won the Short Form series; Canadian Rosalie Vaillancourt won the Dior Breakthrough Award for her starring role as the new girl at school in “Completely Lycee,” a fast-paced teen drama set in a parody institution filled with a prom queen. grass and football jocks.

With “Hacked” written by Laura Van Haecke, Una Kres and directed by Norwegian alumna and Marie Hafting winning a student prize for a short series for “Everything You Love,” which she created and wrote, women made a big part of the race for this Canneseries of the year.

‘The Lesson’ and ‘Afterglow’ received ovations, as did Constantin’s anthology ‘The Punishment’, in which six thrilling German directors adapt incisive short stories by acclaimed author Ferdinand von Schirach. The series marks the latest bold piece from RTL Plus, a sign that, in a world where gamers bemoan the increasing standardization in the production of high-end drama series, innovation is not dead.

“The key factor that connects the titles of Canneseries this year is their great diversity, from melodrama to science fiction, tragicomedy and shocking dramas”, said Albin Lewi, artistic director of Canneseries.