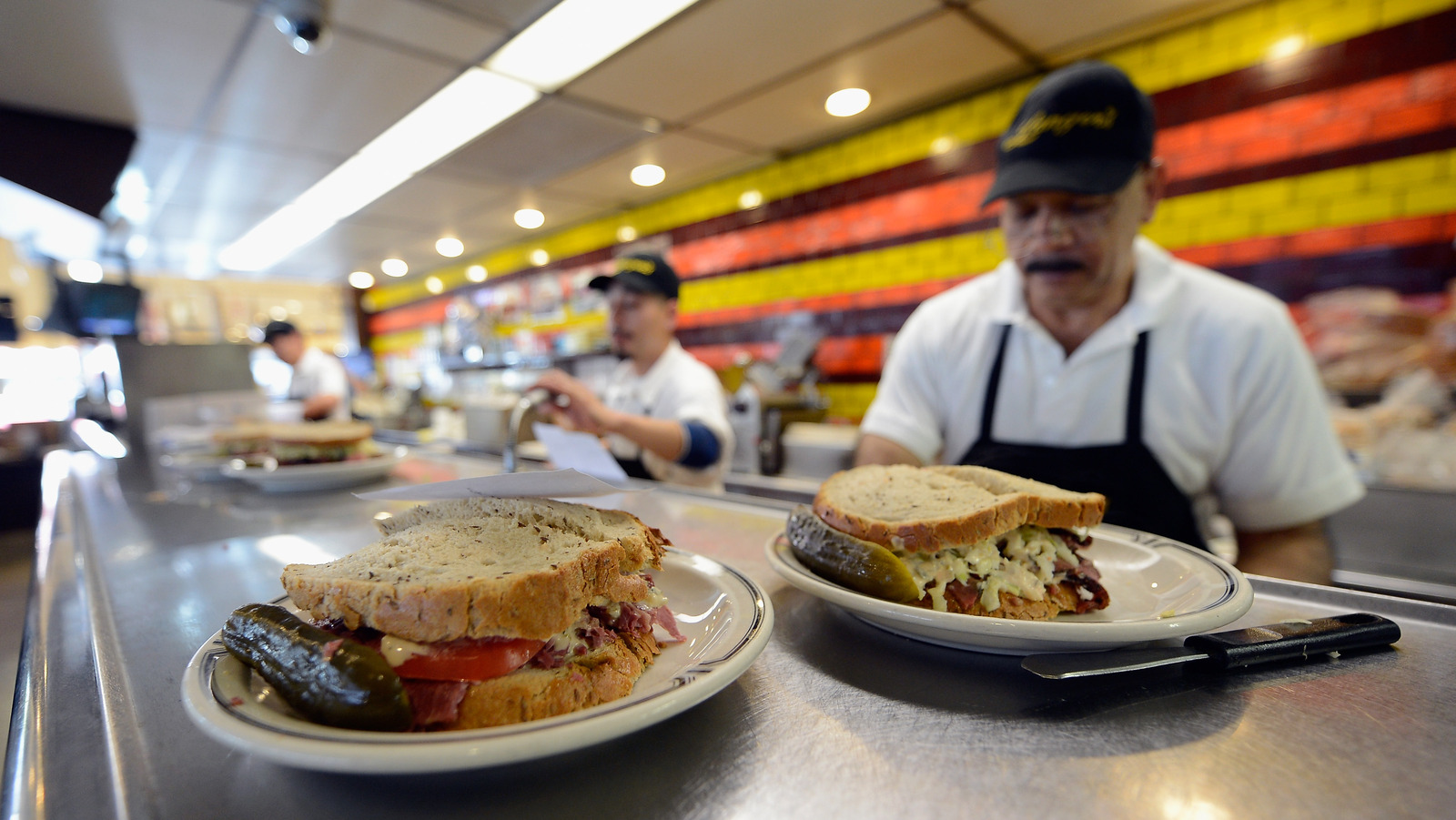 Opened in 1999, Gruber said The Noser that the restaurant has expanded to add more seating and a cocktail bar serving “really fun Yiddish-style cocktails”. Now customers can sneak up to the bar to order a “Rushashanah” made with gin, apples and honey, or a spiked egg custard to accompany their meal. With Kenny & Ziggy’s menu Spanning seven pages, containing over 400 items and being known for its Texas-sized portions, it would be next to impossible to leave here hungry.

These owners take food very seriously, but themselves, less so. Peruse menu items such as “Give Me Livery or Give Me Schmaltz,” a three-tier chopped liver and pastrami sandwich, or “Luck Be a Latke,” a brisket and latke sandwich. For those who like challenges, “Le Zellagabetsky” is for you. It’s an eight-tier sandwich with virtually every deli meat under the sun. If you manage to finish it on your own, the restaurant will even reward you with a free cheesecake!