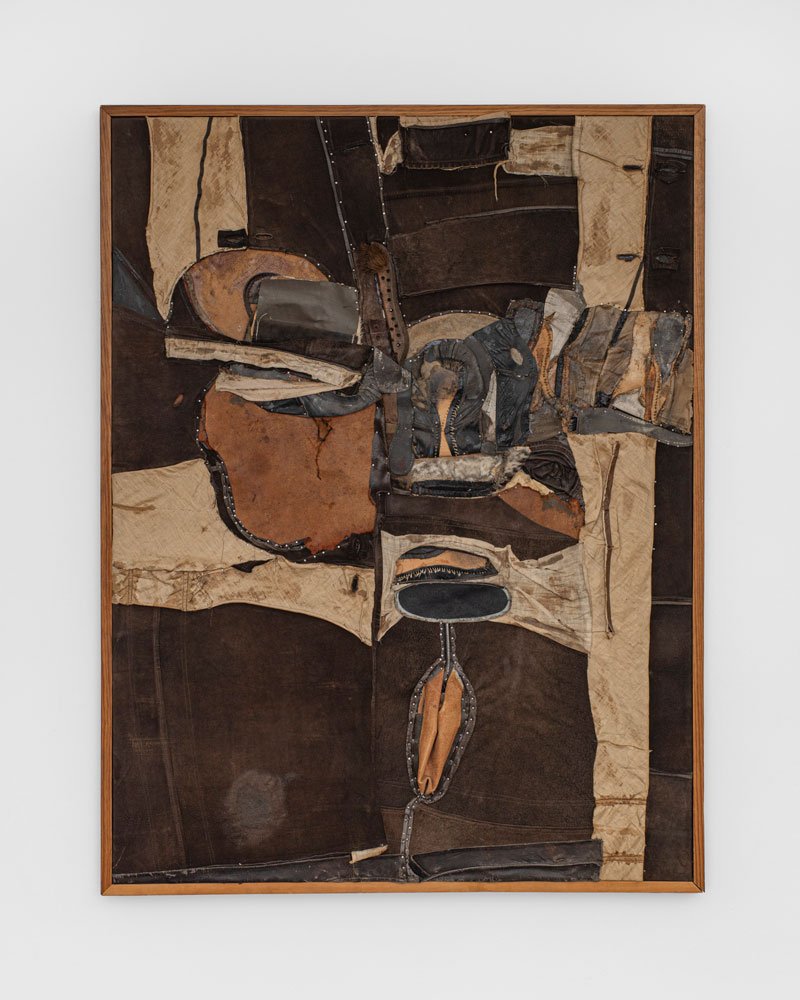 A historical exhibition aims to show us the past life, but sometimes the retrospective becomes reflexive, a two-way mirror that crosses the present. It is therefore with New York 1962-1964 at the Jewish Museum, certainly at the moment the most enveloping visual and auditory museum experience in our beautiful city. With over 150 works spanning avant-garde fine art, outrageous fashion, cult film, political periodicals and documentary videos of radical dance and current affairs, the real stars of the show are its wranglers. Selldorf Architects’ contextualized installation design is exciting. At the entrance, the scene is set: we are invited to imagine ourselves in a mural photograph of office workers dressed in fitted suits and dresses at the lunch counter – its rear panel announcing a bank of telephone booths – then, at a sinister jukebox in front, to punch out the number of our favorite tune of the time, coin-free. It’s entertainment!

And yet, the spectacle is also perhaps our most provocative currently. The weathered wood and steel of Mark di Suvero (Untitled (hanging block) [1962], brightened up with yellow paint) meets stylish wallpaper and a sleek toaster. All evoke the cultural and social emancipation from the constraints of the 1950s. But we must also contextualize our gaze: current social regressions sprinkle more than a grain of salt on this show with its exuberant promises.

Despite the period’s rift over civil rights—Vietnamese discord would come later in the decade—continued post-war economic strength and bipartisan alliances enabled the country to come to power with confidence in the future. Pop Art blended the sobriety of abstract expressionism with a witty understanding of commercial banality. At the same time, the disaffection of LeRoi Jones (Amiri Baraka) The Dead Speaker hustled with Frank O’Hara imagining himself as “an angel.” . . [going] straight to the sky” to “look around and come back down”, a point of view that encompasses both the everyday and the marvelous (“Trois Airs”, lunch poems). The two books are on display, but behind glass. Too bad the range of small press volumes included here aren’t quite so experiential, providing a break from the visual stimulation to read through the aftershocks.

Many performing artists are the usual suspects, titans of the 20th century’s most vaunted decade, the 1960s, whose works have become all too familiar: Lee Bontecou, ​​John Cage, John Chamberlain, Merce Cunningham, Donald Judd, Jasper Johns, Louise Nevelson, Kenneth Noland, Claes Oldenburg, Robert Rauschenberg, Frank Stella and Andy Warhol. (Had he not later concealed the extent of his painting exhibitions in the early sixties, Robert Smithson would have been one of them.) Others, like Melvin Edwards’ harrowing “Lynch Fragments.” and Faith Ringgold’s strident early figurative paintings, have recently received substantial exhibition (both at the New Museum).

The most fun is discovering atypical works that have been hidden for decades, such as that of Nancy Grossman black landscape (1964), a vital collage of raw material, like an offshoot of Alberto Burri and Bontecou. Or the white-on-black conflagration of Norman Lewis Journey to an end (1964), or that of Jack Whitten birmingham (1964), a break from his typical abstraction that incorporates as barely perceptible subtext a newspaper account of a black man being attacked during a civil rights demonstration. Miriam Schapiro’s composition of ovoids tightened between geometric bands, Dialogue (1962), could be read as a commentary on Barnett Newman’s vertical zips. Created a few years after birth control pills became available, it suggests ongoing dialogues about female reproduction bound by institutional control as well.

Some things never change. A sign visible at the 1963 March on Washington for Jobs and Freedom reads “We demand an end to police brutality now!” The show also highlights more specific collective abysses such as political assassinations. Nevertheless, the economic confidence and sense of possibility of the times – the idealism that drives Martin Luther King Jr. in his “Dream” speech – does not just sound like another time, but another country. Currently, we are far from the demographic cohesion galvanized by only three television channels that everyone watched, families gathered in the living room. It’s this absence that makes this show so appealing to today’s audience, a yearning to experience better days or their simulacra through a nostalgic immersion in the art and artifacts of an optimistic era.

The Jewish Museum is born New York 1962-1964 in 2017 by inviting the eminent Italian curator Germano Celant to design an exhibition announcing the adventurous promotion of the art nouveau museum, mainly that of Robert Rauschenberg, during the two years that Alan Solomon was its director. (Short-lived? In these pages, Norman Kleeblatt recounted Solomon’s ill-fitting reputation for “antipathy to Jewish religion and culture,” not mentioned in the exhibit.) early exposition of minimalism, Primary works, in 1966. In 2014, the Museum tapped into this notoriety with a sequel show that offered a comprehensive overhaul. This latest exhibition illustrates that the tumultuous decade of the sixties has already been the subject of in-depth analysis. Ironically, the current show’s self-promoting retrospective approach seems to have prevented it from accomplishing what it acclaims for Solomon, which is to present new information.

This may be because after Celant’s death from COVID-19 in 2020, the show was organized by a committee. The exhibition also shows the disadvantage of designing historical surveys years in advance: the change in social environment. When examined from within our current turmoil of economic, social, and climatological constraints, its evocation of an expansive sense of possibility seems muted, even trivial; the honorific is reversed into the elegiac. Television news presenter Walter Cronkite – projected onto a television in the exhibition – closed his evening shows with “It’s like that”. New York 1962-1964 highlights what we have lost. We no longer trust radical innovation, progressive possibilities, progress as growth, or the other side of the political aisle. The show’s unintended success could be, as Bob Dylan put it in 1965, “bringing it all home.”